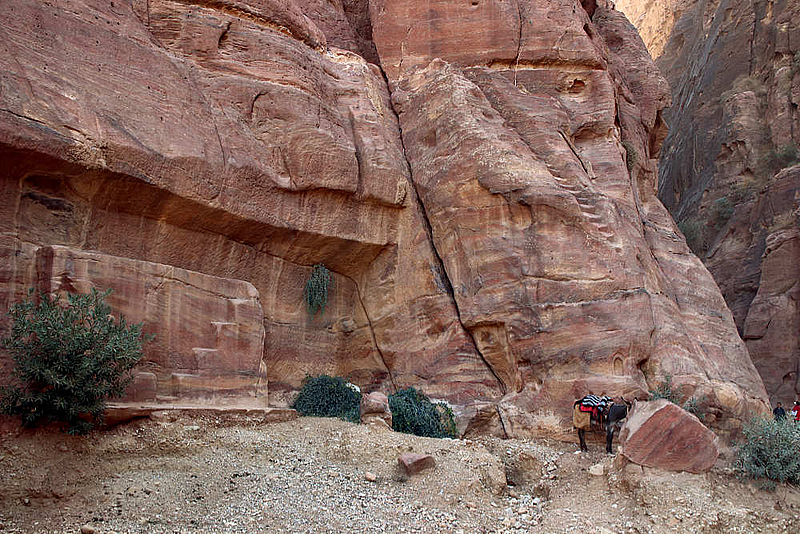 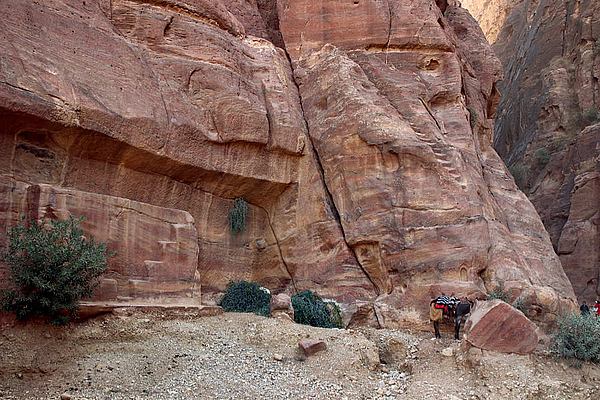 Fragment of facade BD 831: It is not possible to see whether the grave is filled up to this height with debris or whether only the upper gable was completed. Directly in front of it runs the bed of Wadi Musa, which becomes a torrential stream during heavy rainfall. Until the Siq was protected by dams in the last third of the 1st century B.C. (more information), flash floods from a huge catchment area flowed with full force through the gorge and down into the valley.

If the facade had indeed been buried so high, this probably happened already in Nabataean times, because at an accessible height a framed votive niche and several smaller niches for incense or other offerings are carved into the rock - on the photo directly behind the donkey, and enlarged in the sliding images.

The steps in the rock on the upper right lead up to the terracotta pipe through which drinking water flowed from the Moses spring near the present-day tourist town through the Siq to the old center of Petra.

To the left of the gable, somewhat hidden behind an oleander bush, is an opening in the rock face – probably a burial chamber.