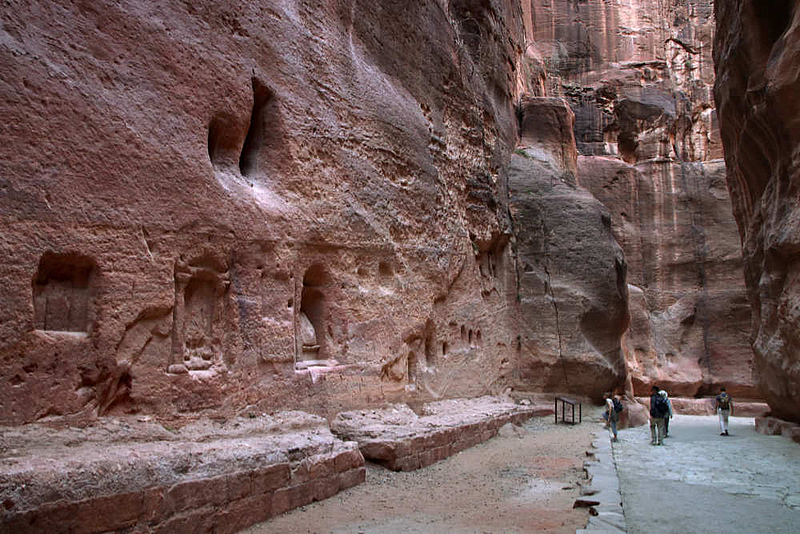 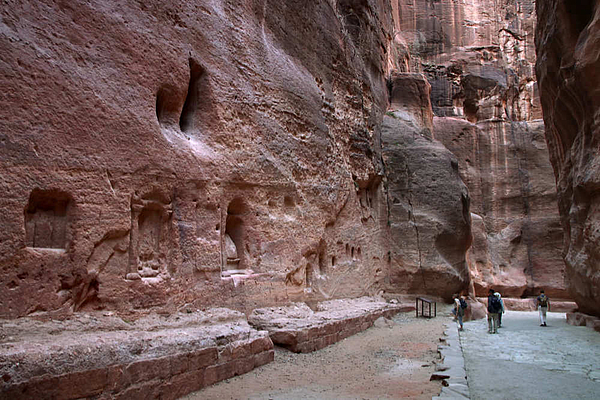 In the last third of the Siq, about 400 m from the Khazneh (Treasury), there is a long row of votive niches in the southern rock face, some with inscriptions in Greek. They were created in the 2nd/3rd century AD, thus after the end of the Nabataean kingdom (106 AD). The latest can be dated to 256 AD. The donors mentioned in the dedication inscriptions came from Adraa (today's Darʿā in southwest Syria) and were panegyriarches (cult officials for the festivals) of the Actia Dusaria. This festival with sports and musical competitions based on the Greek model, took place every four years in Bostra and Petra in honour of the god Dushara/Dusares. Evidently Adraa sent delegations to the Actia Dusaria in Petra.

This cult site in the Siq is named after Sabinos Alexandros, one of the donors mentioned by name - see next page.

At the bend in the background you can see larger-than-life camel reliefs - information and photos two pages later.