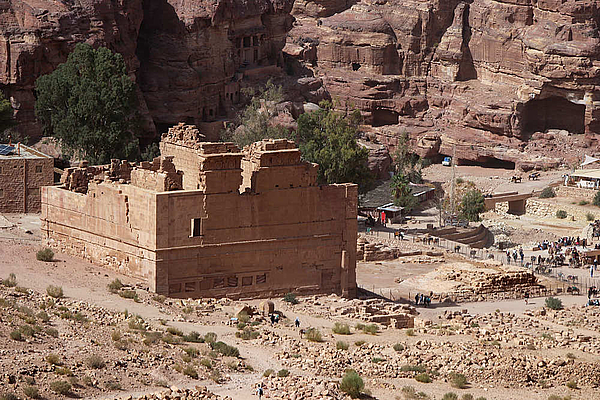 Large altar on the forecourt of the Qasr al-Bint

On the square in front of the temple there is a large altar with a base of 13.5 x 12 m and a height of about 3 m, which is aligned with the central axis of the temple. A wide and long staircase leads to the platform from the south (from the direction of the temple). Probably it was the altar for the sacrifices. In Roman times, i.e. after the annexation of the Nabataean Kingdom in 106 AD, this cult building was remodeled several times.