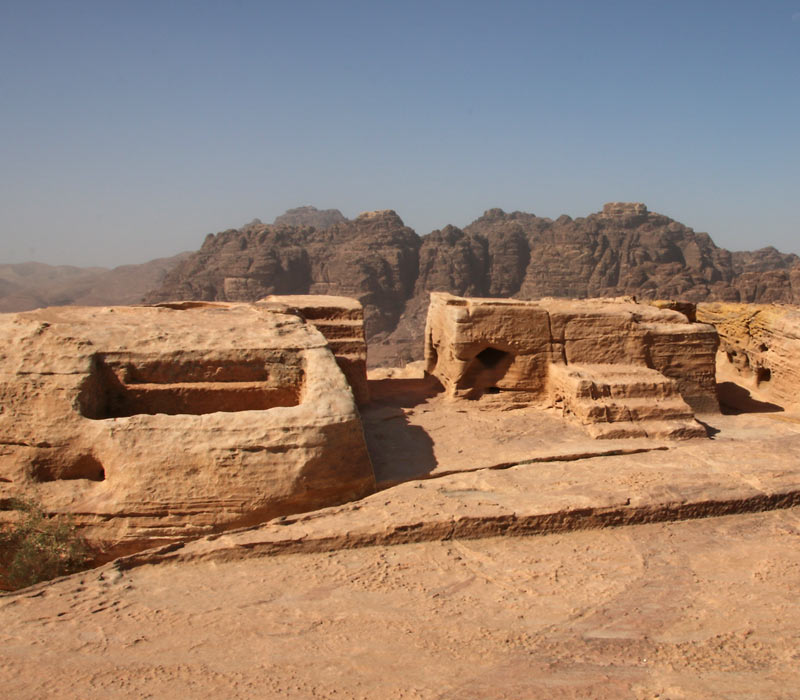 One of the most beautiful tours in Petra starts next to the theatre necropolis and leads to the High Place of Sacrifice on the Jabal al-Madhbah, and then down to Wadi Farasa East. It is about 2 km long with an altitude difference of about 150 m. One should plan an hour for it, preferably a little more, to enjoy the impressive panorama of the mountains and the views of the wide valley with its many monuments.

Nowadays, the eastern pathway is the most used ascent to Jabal al-Madhbah. Apparently it had no special religious significance for the Nabataeans, as there are no votive niches along it, only carvings by stonemasons. The original main route to the sanctuary on the plateau was the north route from the city center. It is so badly destroyed that its course can't be completely recognized, and can't be climbed anymore.

Also the so-called obelisks are a testimony of the quarrymen. To the thicker of the two stone pillars refers the joking name Zibb ‘atūf ("Penis of Atuf"), which is often applied to the whole mountain. Through the remains of the walls north of the quarry, known as the citadel, which were probably a representative gate from the Nabataean period, one reaches the well-preserved sacrificial site.

On the western path down into Wadi Farasa there are spectacular views and some extraordinary attractions to see. These include well recognisable Nabataean memorial inscriptions. Somewhat off the trail - and therefore often overlooked - an aniconical betyl of the god Dushara and a figurative bust are combined in a medallion in a high niche. The latter could be identified as Obodas Theos - the deified King Obodas.

A little further on, a remarkably large horn altar stands on a platform at the edge of the gorge. On the rock face diagonally opposite and a little deeper, the monumental relief of a lion can be seen, who is believed to have had water pouring through the mouth into a pool in front of it.

After the descent via very steep stairs you reach the upper end of Wadi Farasa East, where you can visit the so-called Garden Temple and the complex of the Roman Soldier Tomb - see the next chapter of our Petra tour.

This most widespread name is based on an error. Back in early 1900, the researcher S. I. Curtiss misunderstood the rock platform of the High Place of Sacrifice, the mōtab, as a slaughter altar and applied the Arabic maḏbaḥ, which means " slaughter place", to it. However, until then this name was not at all common at the site itself, because according to Dalman, the local Arabs had not attached any religious significance to the site and simply called it "pond". So it came about that the locals also used the name "mountain of the slaughter ground".
(Dalman, p. 168 and Wenning, p. 465)

This designation of the Sacrifice Place and/or the mountain can also be found. When Gustaf Dalman adopted the name Zibb ‘atūf at the beginning of the 20th century, which other researchers of his time had heard from local Arabs, this name was already applied to the whole area around the two "obelisks". Originally, however, only the thicker and somewhat bent one of the two obelisks was meant, which the Bedouins jokingly called "Penis of Atuf". However, nobody knew who this Atuf could be - probably the name was made up.
(Dalman, S. 183) 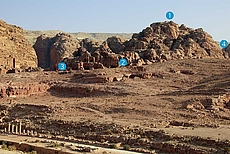 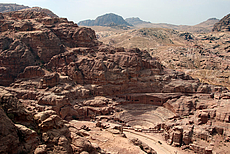 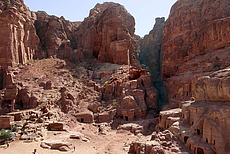 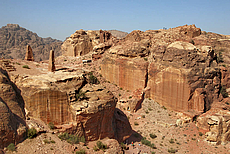 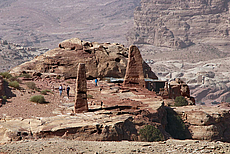 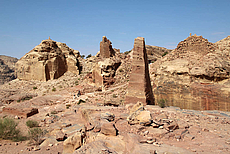 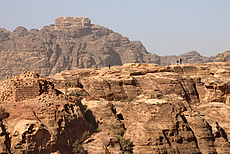 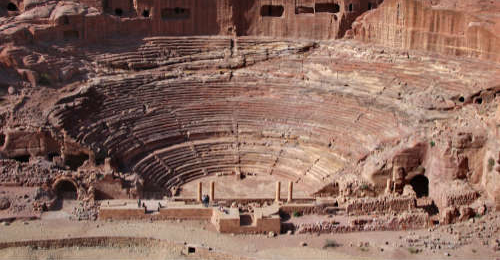 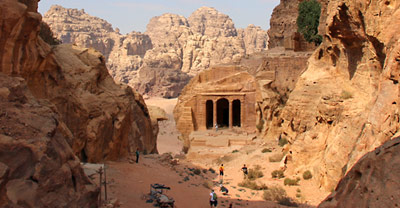