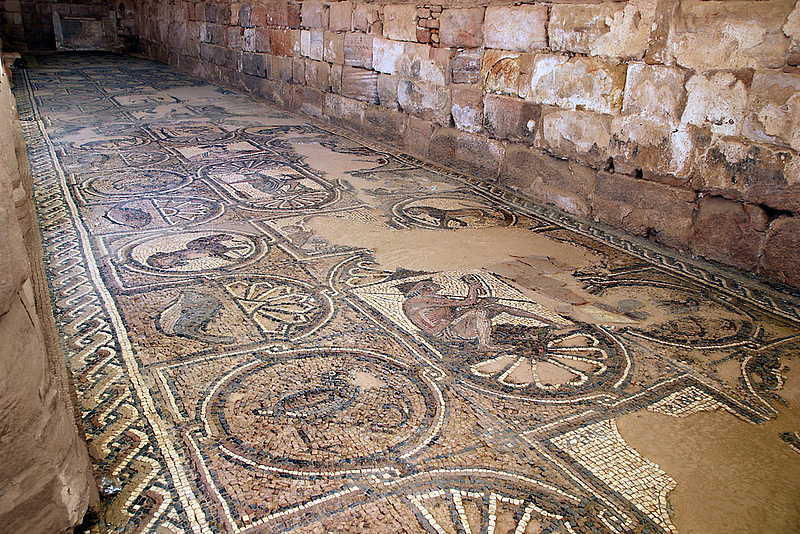 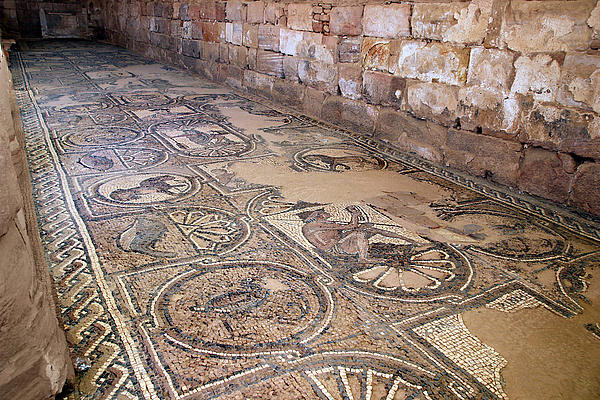 Most of the south aisle is occupied by personifications of the seasons, so called due to the four figures in the central column that are identified by Greek inscriptions. Circular medallions, rectangular panels, and conches are arranged into three columns inside a guilloche border. The outer columns contain animals and the central one includes human figures, seven of which are identified by Greek inscriptions. See the details on the next pages.

The site surprises the visitor with exquisite and well-preserved figurative floor mosaics, created in the 5th and 6nd centuries AD.