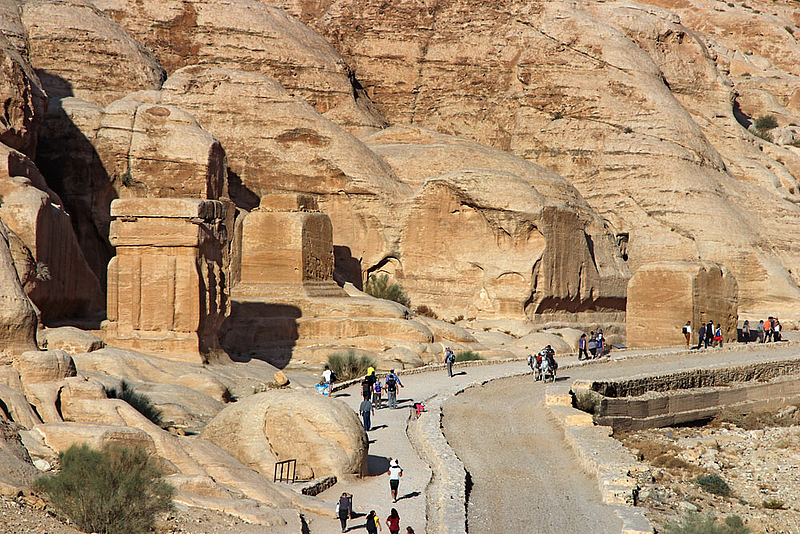 About 400 m from the entrance there are three large monolithic block tombs on the right (northern) side of the road. Native Bedouins tell that they were dwellings of djinn (ghosts) or cisterns (as-Sahrij), which could be related not only to their form, but also to a probable use in Byzantine times (see BD 9).

Six such block monuments exist in Petra, cut out of the rocks on all four sides. An exact dating is not possible, but they are probably from the 2nd century B.C., if not already from the 3rd century B.C., thus belonging to the oldest monumental tombs in the Nabataean capital. (Mouton & Renel)

These three block tombs in Bab as-Siq were catalogued as BD 9, BD 8 and BD 7 (from left to right). All three do not have the original shape and size, since they were modified later. Now they are still 6 to 8 m high.