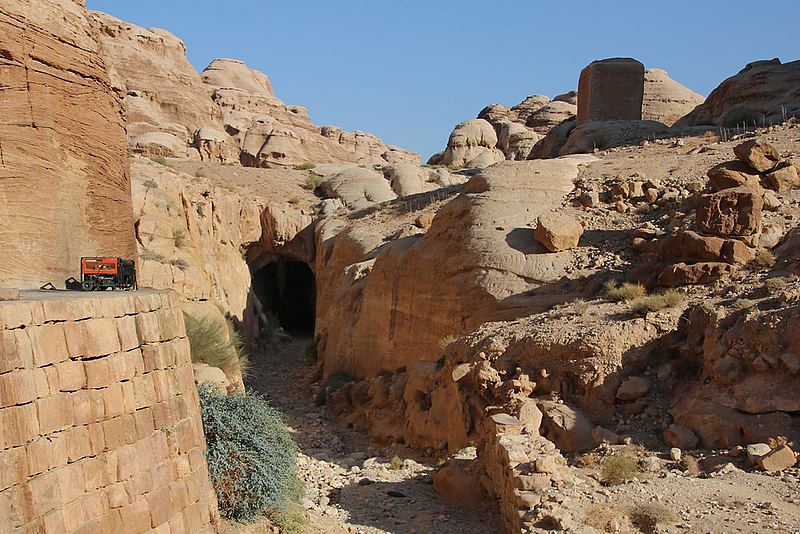 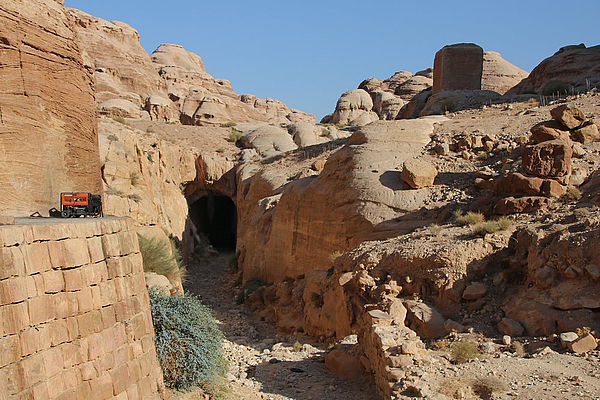 Mudhlim tunnel and remains of the dam

Around the middle of the 1st century BC, a flash flood from Wadi Musa rolled through the Siq and destroyed the canals of drinking water built there. In order to protect this access to the city from floods in the future, the Nabataeans built a 12.8 m high dam directly in front of the Siq and cut a 90 m long tunnel through the rock further to the right. This allowed the floods to be led past this dam through the rock tunnel into Wadi Mudhlim and on into Wadi Mataha.

From Wadi Musa the Nabataeans used to reach the Siq on an ascending road over a bridge. The wide flat area of the streambed to the left in front of the Siq formed a natural retention basin which protected the bridge and the tunnel from the flash floods.

Visitors wishing to walk the trail through the tunnel into the Wadi Mudhlim are only allowed to do so accompanied by a guide registered with the Petra administration.

Top right on the photo, the block tomb BD 30.