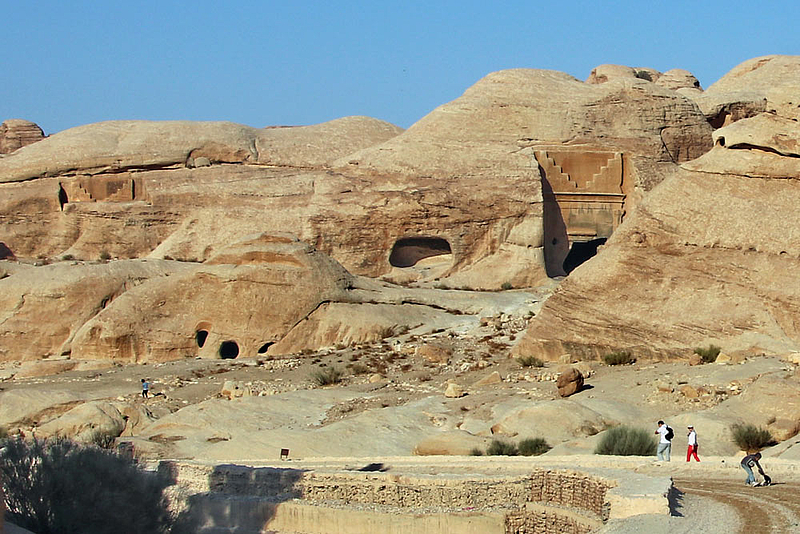 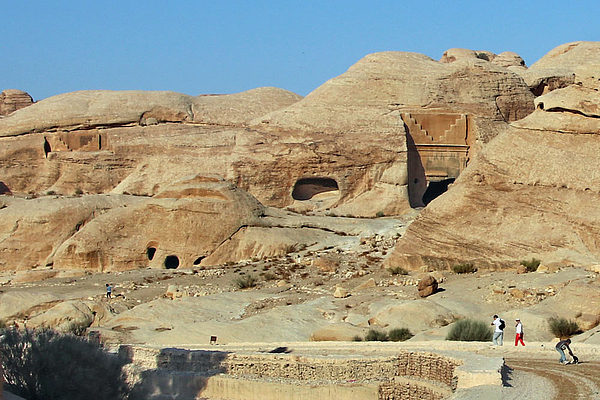 On the right the step tomb BD 15 with three deep grave chambers in the back wall. In the walls of the left and right chamber there are incisions, into which probably plates could be pushed, so that there were four compartments one above the other for the accommodation of coffins.

On the left in the picture the upper part of a planned grave, on which work was stopped after a short time (BD 16)

Two sets of steps facing each other, over a cavetto (concave moulding) cornice, and fascia (horizontal, threefold mouldings, projecting from bottom to top).