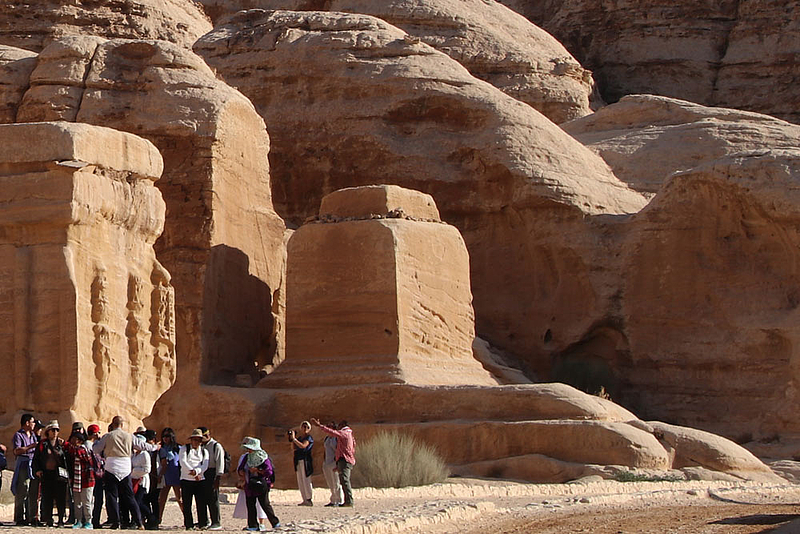 next
prev
topview
BD 8 with the grave on the top of the rock behind it
© Foto: Haupt & Binder

The monolithic monument was carved out of the rock together with the platform on which it stands. With its triple stepped pedestal, it is almost 7 metres high. The sides of the block are 4.5 m wide. The large step at the top was probably chiseled out later, which is why the usual crenellated frieze of this type of tomb is missing.

On the east side there is the access to a square chamber (2.6 m x 2.6 m) with two grave pits. Archaeologists discovered five round libation wells in front of the entrance.

On the top of the boulder from which the block monument was carved out, there is a burial pit (see photo above), accessible via steps hewn into the rock.