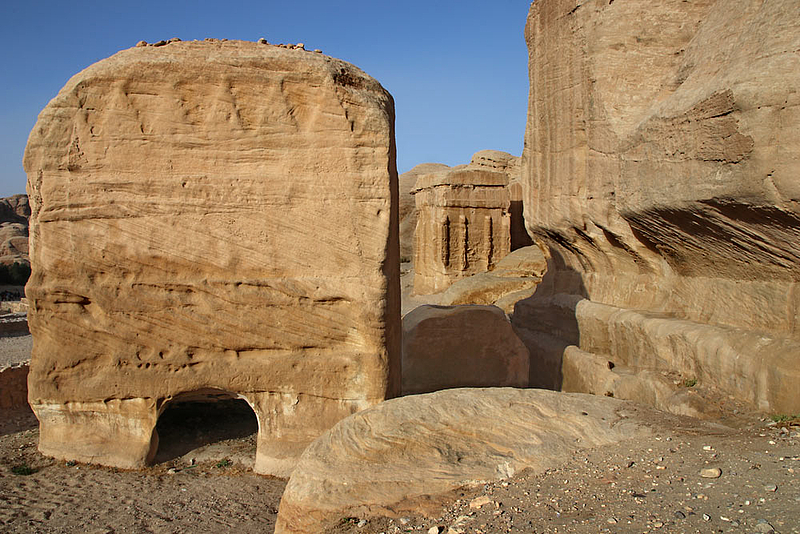 next
prev
topview
BD 7: left, the cistern; a water channel carved into the rock face behind the block tomb.
© Foto: Haupt & Binder

The lower part of the monolithic block is buried about 2 m deep in a firmly compacted layer of gravel and rubble, washed ashore during heavy rainfall and floods. This also led to the formation of the rock-hard deposit, that fills the 2 x 2 m burial chamber, which has its entrance from the east.

The overall height is 7.5 m, but two deep grooves on the top suggest that there was a finish that was cut away. The side length is 5.2 m.

A band of six carved crowsteps (of four steps) and a half at each corner runs around the block tomb.

On the right you can see a water channel carved into the rock wall, which at this point consists of two conduits one above the other. It used to reach as far as Petra. To the left of the block tomb is the round mouth of a cistern (on the photo in the background between the block and the rock face).