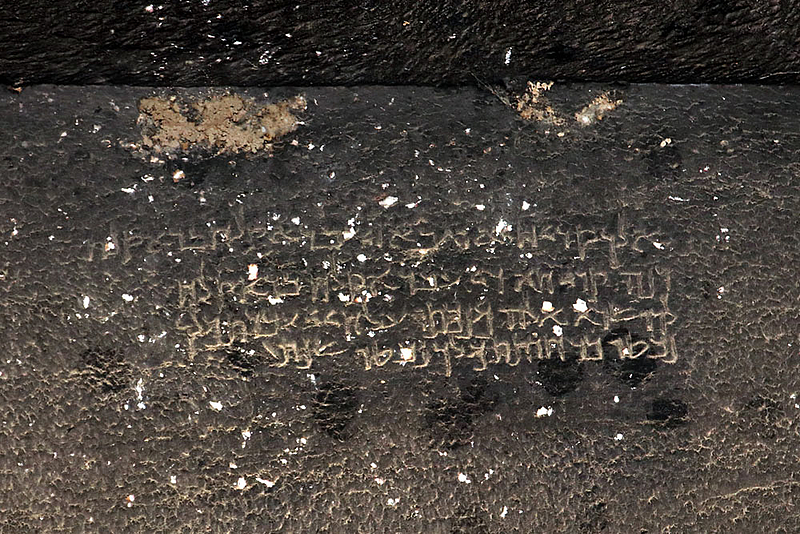 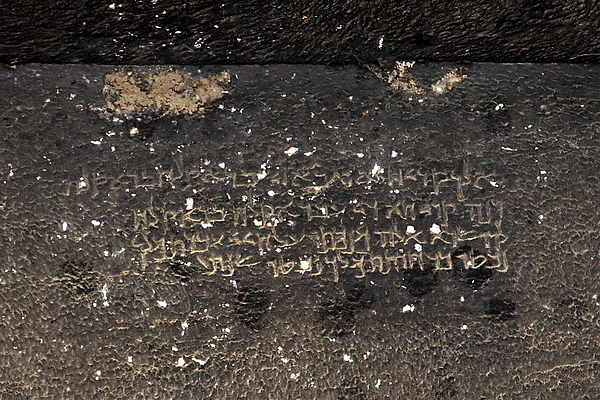 The dedicatory inscription of Aslah is located high up on the back wall of the triclinium, just below the ceiling. It is considered the oldest dated inscription of the Nabataeans in Petra. On the basis of the wording and complex analyses, researchers were able to determine 96/95 BC as the time of origin.

The inscription consists of two separate parts. The first line was probably added a little later to confirm that Aslah is not only the donor of the triclinium, but also of the other chambers and a cistern.

The text is written from right to left and reads as follows:

There are several hypotheses as to who or what might be meant by the Manbatu only mentioned here. Possibly it is the founder or the name of the tribe to which Aslah belonged and who had placed himself under the protection of the local main deity Dushara.

The Aslah Triclinium Complex At Petra: 100 Years Of Research
In: Department of Antiquities of Jordan
Studies in the History and Archaeology of Jordan 11, Amman, 2013
pp. 847 - 859

A project study by Prof. Dr. Robert Wenning (Münster University) and Laurent Gorgerat (Antikenmuseum Basel und Sammlung Ludwig) in collaboration with the Association for the Understanding of Ancient Cultures (AUAC) and the Department of Antiquities of Jordan (DoA).
Website

The International Aslah Project, Petra: new research and new questions
R. Wenning in cooperation with L. Gorgerat
In: Supplement to Proceedings of the Seminar for Arabian Studies 42 (2012), pp. 127-145