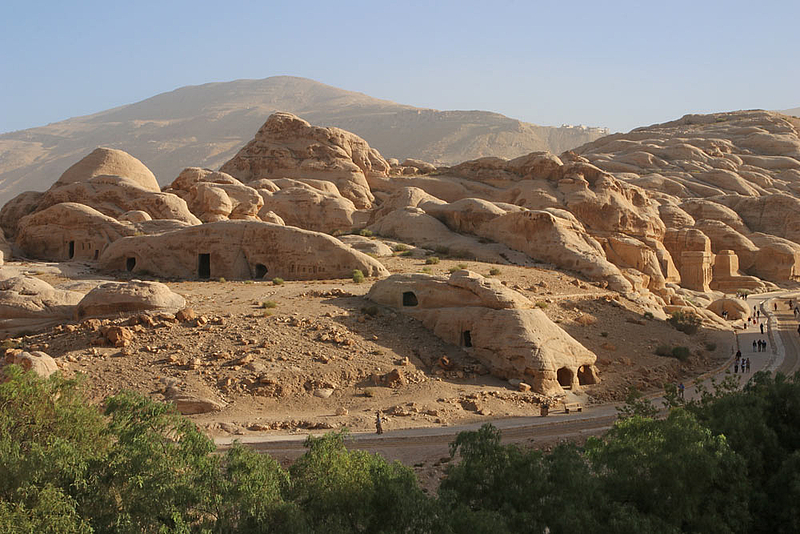 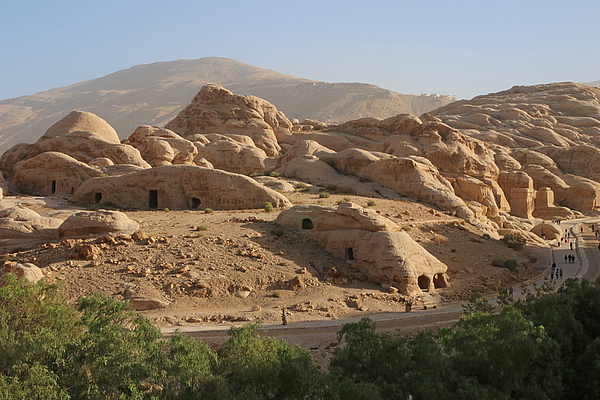 The Aslah Complex (center left) is easily accessible on a rocky plateau north of the Bab as-Siq pathway, directly opposite the entrance into the Siq, but is still rarely visited. Thanks to an inscription, the date of origin of the triclinium is known (96/95 BC), after which the archaeological site is named. It is therefore considered the oldest dated monument of the Nabataeans in Petra.

The Aslah Triclinium, two side chambers and 18 votive niches on the outer wall are carved into the wider of the two boulders. To the north of it (far left in the picture, somewhat set back) a large burial chamber and brick buildings on the terrace in front of it were built later. More information on the following pages.

On the far right you can see the block tombs of Bab as-Siq. The rocks in the middle of the photo belong to the ar-Ramla plateau, with the Sharah mountains in the background.