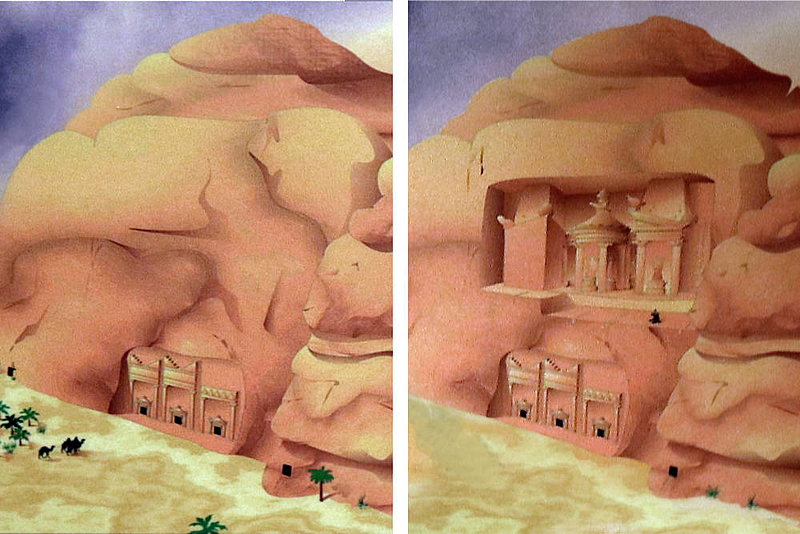 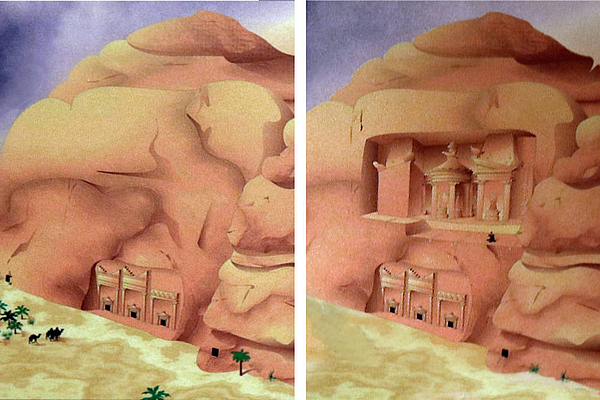 These drawings are displayed on information boards in the Nabataean Hall of the Jordan Museum. The first one shows three of the older graves. The tomb of Khazneh was later carved from the rock wall above them.

The finished site might have looked similar to the third drawing (see "more"). The fourth image illustrates the extent of flooding in later centuries.