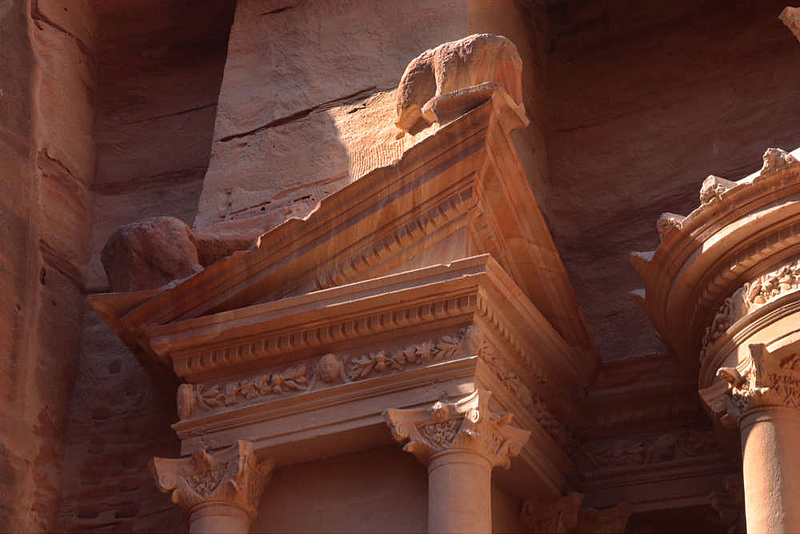 next
prev
more
Eagles on the right part of the broken pediment
© Foto: Haupt & Binder

A "broken" (open) pediment has its centre cut out or offset to the rear, whereas the two lateral segments remain in place. This design structure was very popular in the Ptolemaic architecture in Alexandria and has been adopted from there. The same is the case of the backward inclination of the pediment's inner side, which reinforces the impression of depth.

On the acroteria at the corners of both pediment halves, there are eagles whose bodies and heads have been mutilated by iconoclasts. In the Ptolemaic tradition the eagles (embodiment of Zeus) symbolize the divine power of the dynasty, and in this sense they are probably to be interpreted in Petra as well. The eagle is also the symbol of Dushara, the most important male tribal god of the Nabataean kings.

The frieze of the entablature is decorated with garlands of laurel leaves (or oleander?), ivy, vine leaves, pine cones, pomegranates and grapes hanging between masks with destroyed faces and ribbons on either side of the head. There is a dentil frieze above it and also in the pediment field.