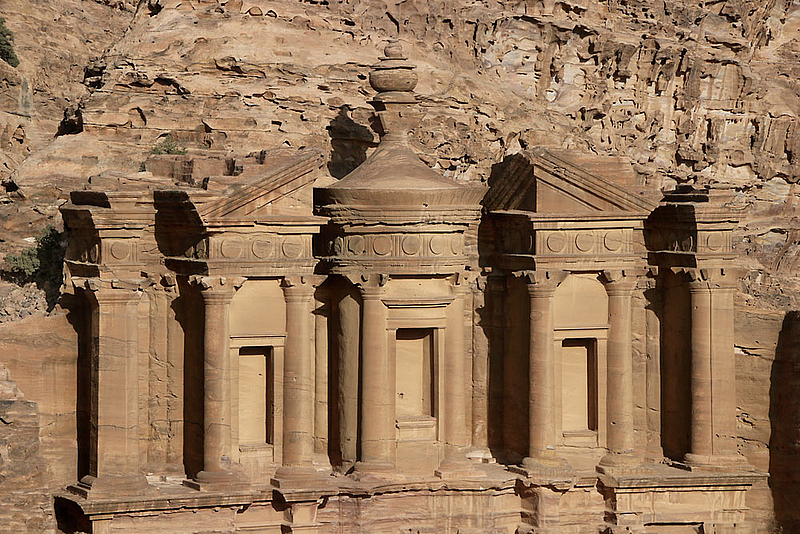 Details of the façade of Ad Deir

The upper order is based on the structure of the Khazneh (Treasury), but here extended by the two outer segments of the broken (open) pediment and less detailed in the carvings. Possibly the façade was covered with stucco and painting, like most buildings in Petra. All half and three-quarter columns end in Nabataean capitals. In the niches there were certainly cultic statues

The central tholos (circular structure similar to a temple) is crowned by a 9 m high urn on a Nabataean capital.

All five sections of the broken pediment are decorated with a disc-metope and triglyph frieze.