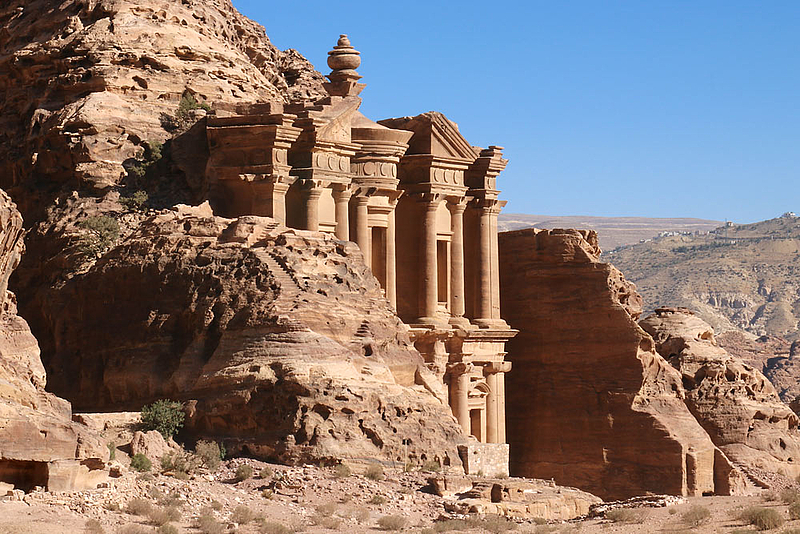 next
prev
rock face
The rock face shows how much had to be removed for the façade.
© Foto: Haupt & Binder

On the right rock face you can see how much of the mountain had to be removed. See the other picture above.

On a rock terrace to the left of Ad Deir stand the remains of a 3 x 3 m altar with some weathered steps (at the bottom of the photo).

The staircase on the rock leads up to the "roof" of Ad Deir. It was closed and blocked by a wall after a tourist crashed from the urn.