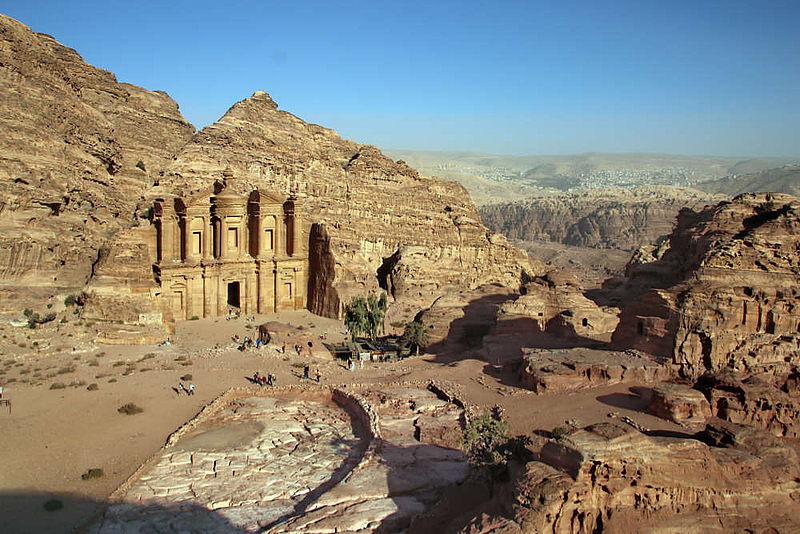 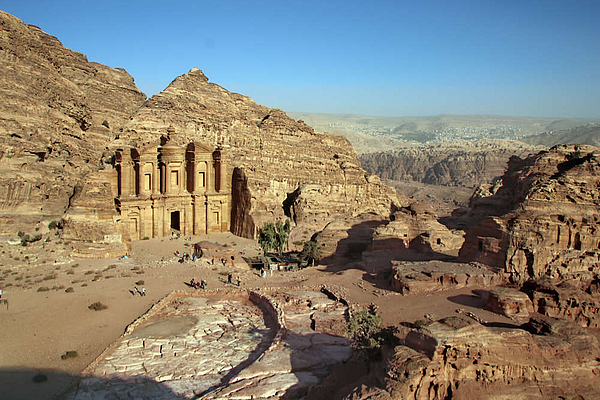 Ad Deir, the Monastery, carved out of a mountain crest in a breathtaking scenery.

In the foreground, the Great Circle, an excavated and restored part of a water pool of 60 m in diameter, that was constructed in antiquity to protect the Ad-Deir Monument.