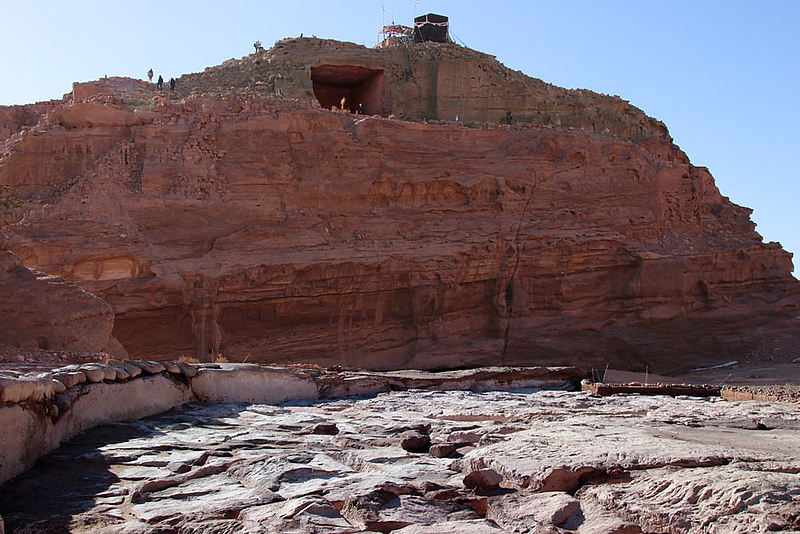 Opposite Ad Deir in a westerly direction, the highest clifftop of the plateau (called "Burgberg," "castle hill" by Dalman) rises at the edge of the steep slope. A large rock hall was carved into it, in front of which the sparse remains of a columned courtyard can be seen. Photos of the interior and further information on the next page.

In the foreground, the segment of the Great Circle, which was uncovered as part of the Ad-Deir Monument & Plateau Project from 2013/2014. The huge water reservoir, about 60 m in diameter, served as a catch basin to protect Ad Deir from the floods that poured over the plateau during heavy downpours.