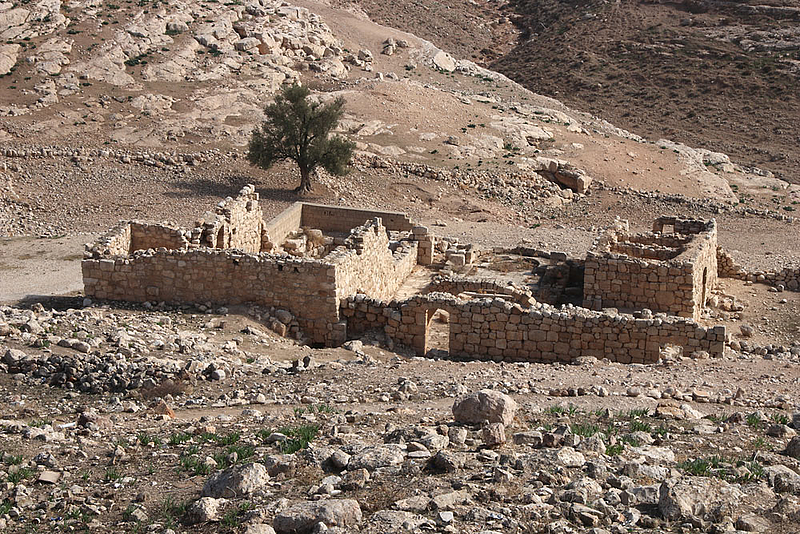 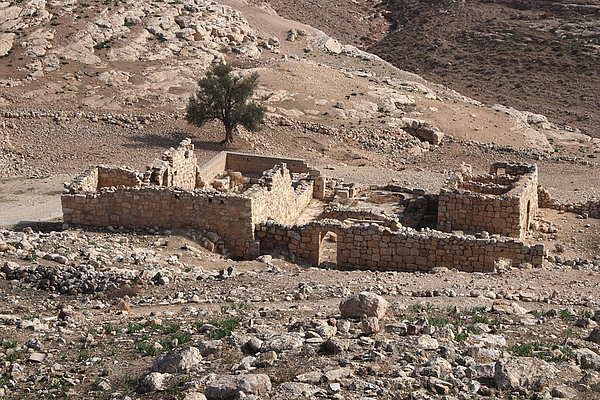 On the western slope of Wadi Afrit, below SS Lot and Procopius, is the Church of SS Amos and Casiseos. Built in the 5th century on an artificial terrace, it is named after two benefactors. It is the oldest church in the area, and had only a stone-flagged floor.

In the Mid-6th century, during the time of Bishop John of Madaba, a chapel was built on the northern wall, one meter higher. The Chapel of Priest John (who was also involved in the construction) is as long as the church's nave. Its astounding floor mosaics uncovered 1986, have been removed and can be seen in the access area to the Moses Memorial at Mount Nebo.

Special presentation:
Chapel of the Priest John's mosaics ►
Descriptions and photo details of the mosaics displayed at Mount Nebo 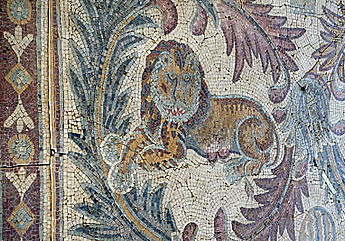 Mosaics from the Chapel of the Priest John, and the Church of St. George, discovered at Khirbet al-Mukhayyat, displayed in the access area to the Mount Nebo Memorial.