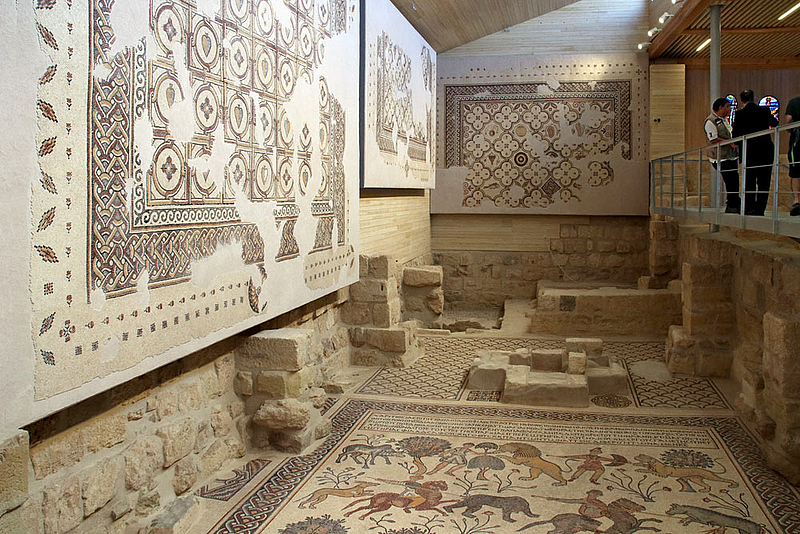 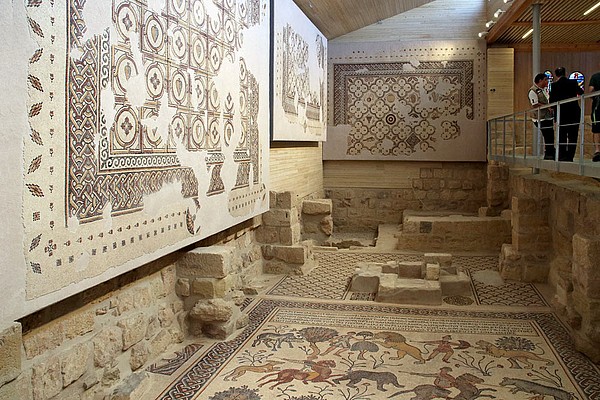 In 1976, Fr. Michele Piccirillo uncovered the extraordinary Diakonikon-Baptistery mosaic in the northern hall of the basilica, below a simple mosaic floor (now hanging on the wall. Besides of giving a precise date (corresponding to August 530 A.D.) its Greek inscriptions state that the building's function was a “diakonikon”, which is a chamber where the vestments, books, and religious utensils were kept.

A cross-shaped baptismal font was also discovered on the eastern end.

Walk through Mount Nebo's Memorial, panoramic views, visit of the building that protects the remains of the ancient basilica, and Byzantine mosaics. 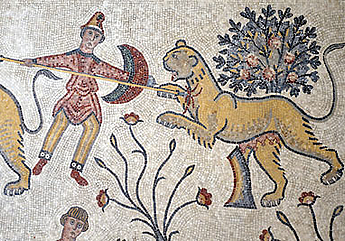 Intact Byzanthine mosaic from 530 AD with hunting and pastoral scenes and the name of its creators, the mosaicists Soel, Kaium, and Elias. Moses Basilica, Mount Nebo