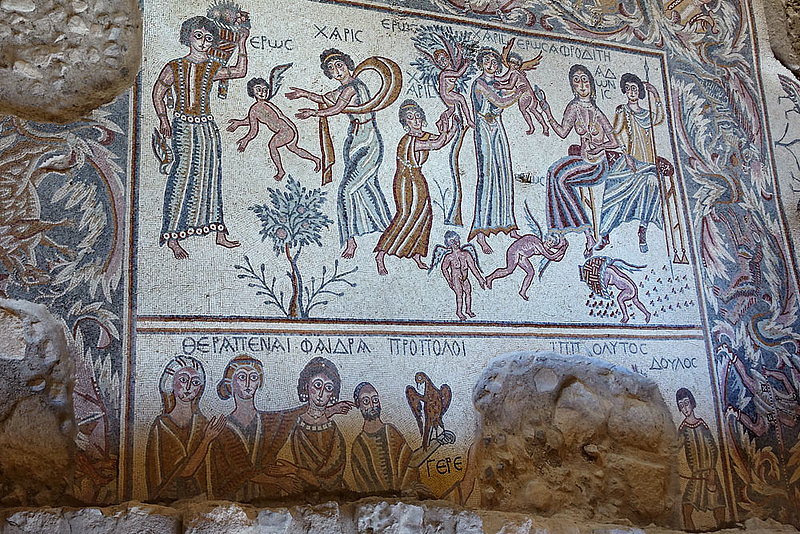 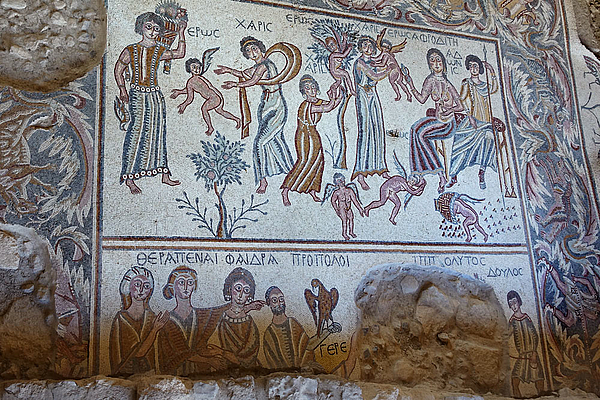 The Hippolytus myth appears in two registers. In the upper one the heavenly world of the gods is depicted, in the lower one (the central panel) the earthly world of human beings. The figures of the central panel of the carpet were partially destroyed when the hall was divided into two rooms in antiquity. Captions reveal the names of the characters.

In the lower register, on the left, handmaidens assist Phaedra. Her nurse had tried to deliver a love letter to Hippolytus, and fled from his anger into the protection of the falconer. Very little remains of the wet nurse: only her name, her unbound hair and part of her upturned left hand.

Of Hippolytus, only his name remains, along with the point of a lance; nothing is left of the horse except the reins of the bridle in the stable-boy’s hand who stands on the right.

From the numerous pictorial and sculptured interpretations of the myth, so popular in the Graeco-Roman world and through the Byzantine period, it is possible to complete what is missing in the Madaba mosaic.