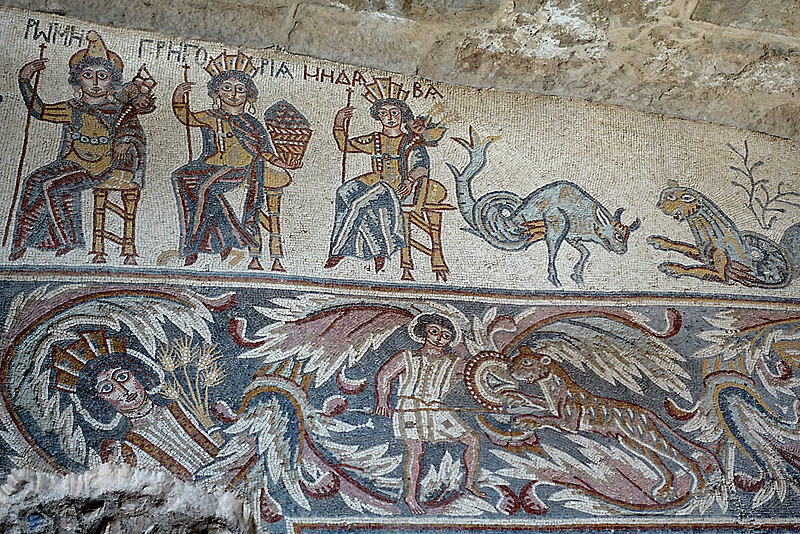 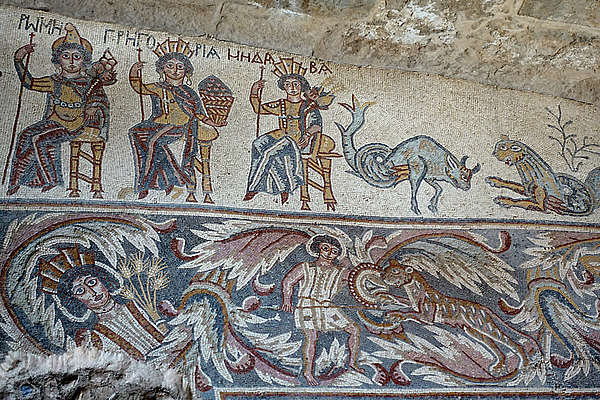 Eastern part along the wall

Along the eastern wall, there are personifications of three cities together with two sea monsters who challenge each other - see the next pages.

The four scrolls in the corners are decorated with personifications of the Seasons. All four Seasons are represented as Tyche, in half bust, each with a turreted crown on her head. On the photo, Summer holding sheaves of wheat.