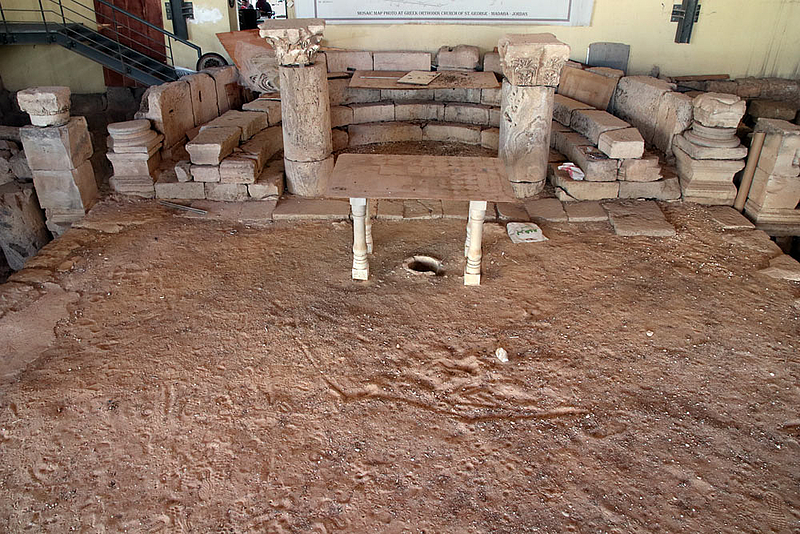 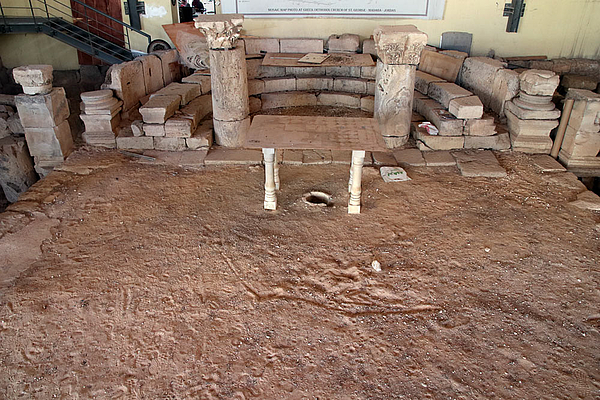 The presbyterium, which is two steps higher than the nave and enclosed by a chancel screen, extends into the nave as far as the third pair of columns. The bases and columns, as well as the capitals and the steps of the synthronon [semicircular bench in the apse for the clergy], are re-used from older Roman buildings.

Western section: the Burnt Palace with two wings, the Martyrs' Church (al-Khadir), and remains of a paved courtyard and Roman street.