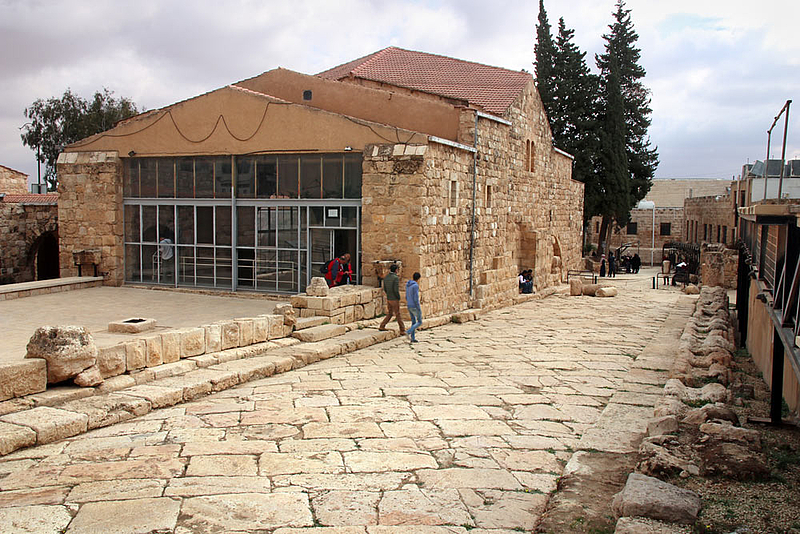 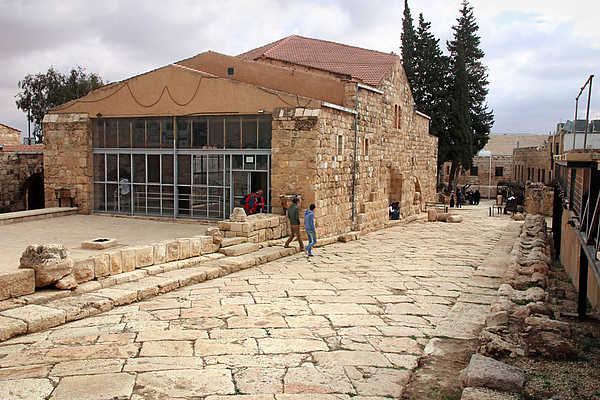 The street would originally have crossed Madaba from east to west, leading to gates in the city walls which have since vanished. It was paved with large flagstones and flanked by columns. The street was covered by a layer of beaten earth during the Byzantine/Umayyad period. Many of the columns were reused in later structures, both in antiquity and in more recent times. Today most of the Roman street is covered by the modern town but two sections, bisected by a modern street, have been excavated.
(From: ACOR Newsletter, 1994, Vol. 6.1)

The large building is the shelter for the Hippolytus Hall and Church of the Virgin Mary, designed by A. Khammash