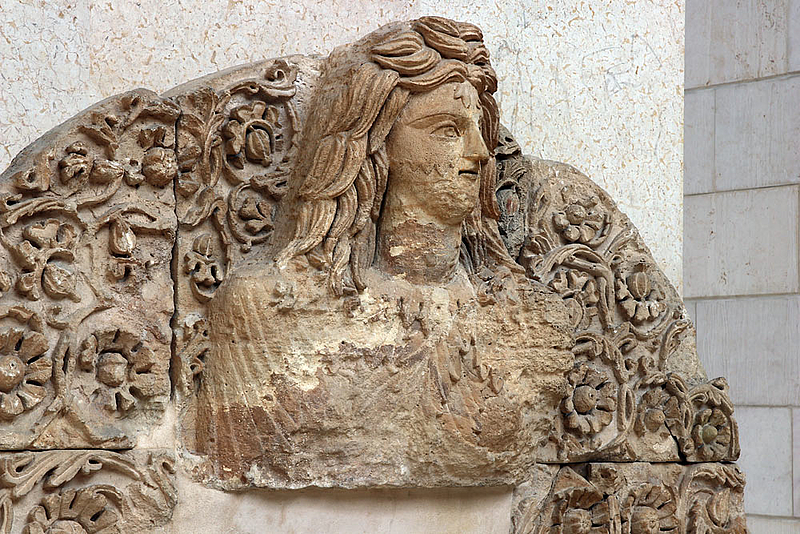 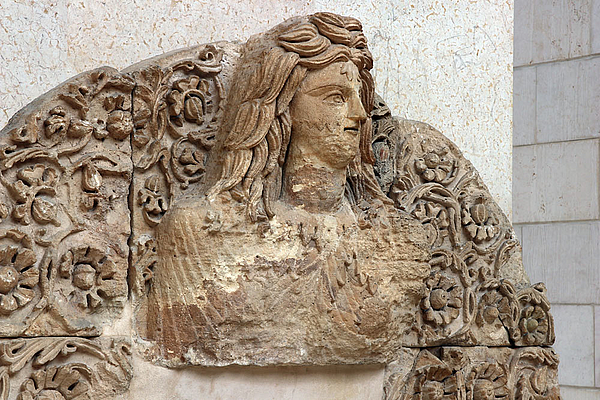 On the wall of the inner temenos (sacred area) enclosure inside the temple, this relief decorated the tympanum (semi-circular decorative wall surface over an entrance) above the main portal to the altar area.

The female figure is often referred to as the representation of the Atargatis. But according to Robert Wenning, the attributes appearing here do not fit to this goddess of northern Syrian origin. Starting from the head with a face covered with leaves and flowing hair, branches with flowers spread downwards, symbolizing life-giving water. Therefore, the representation is characteristic for water-associated figure types of that time. It could be a personification of the spring Ayn La'ban, which is mentioned in an inscription from Khirbet et-Tannur dated 8 or 7 BC. The name continues to our days in the name of Wadi al-La'ban, the river valley that runs between Jebel et-Tannur and Khirbet edh-Dharih, which is located about 7 km away.

According to Judith McKenzie's reconstruction, this tympanum relief was framed at the top by a semicircular arch. The eagle relief, which is on display in the Nabataean Hall of the Jordan Museum (see next page), is said to have been positioned at the top of this frame, just above the figure's head. 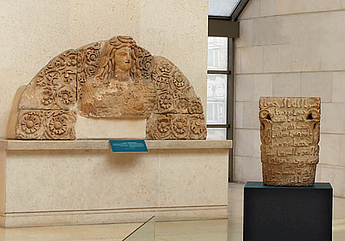 Two highlights of the museum displayed in the entrance hall: the Vegetation Goddess, and the Al-Muwaqqar Capital. Part of the visual informative tour through The Jordan Museum in Amman.