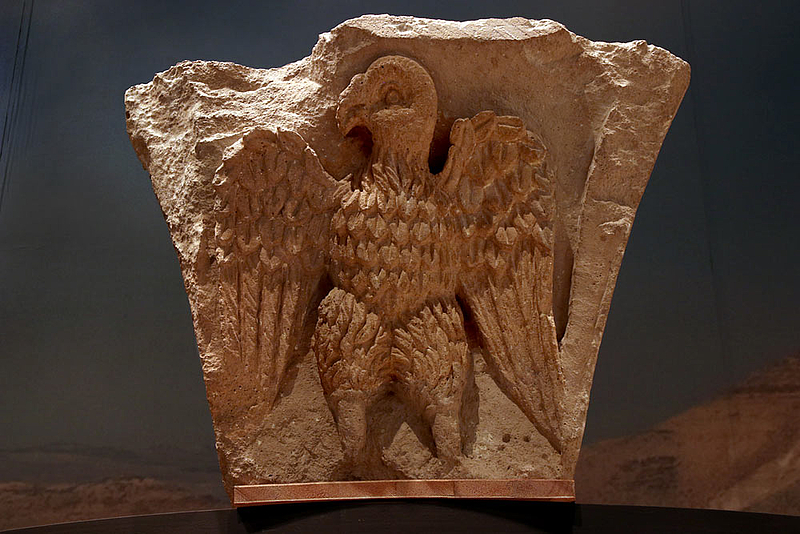 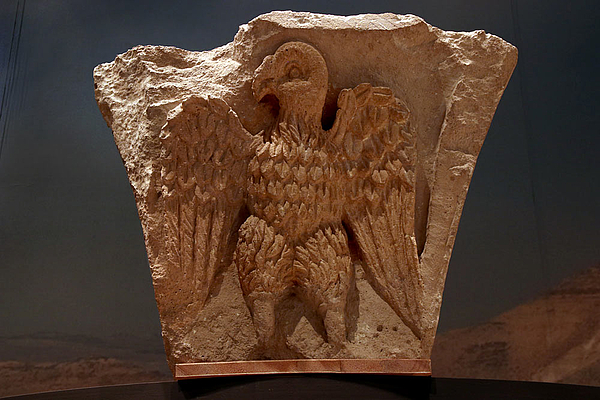 According to a reconstruction, this eagle was positioned at the top of the semicircular arch that framed the famous Vegetation Goddess at the Khirbet et-Tannur temple, right above the female figure's head (see the former image page).

A symbol of power, courage and foresight to most cultures, the Eagle is still present in many insignia, including the coat of arms of the Hashemite Kingdom of Jordan. The eagle was also regarded as a symbol of immortality and messenger of the gods, especially with the head of the pantheon. It adorned many Nabataean tombs and temple facades, always placed near the top as if protecting and connecting them with heaven. 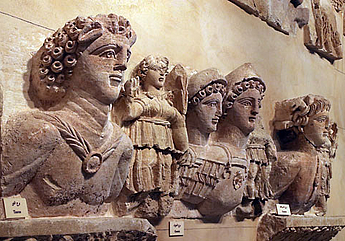