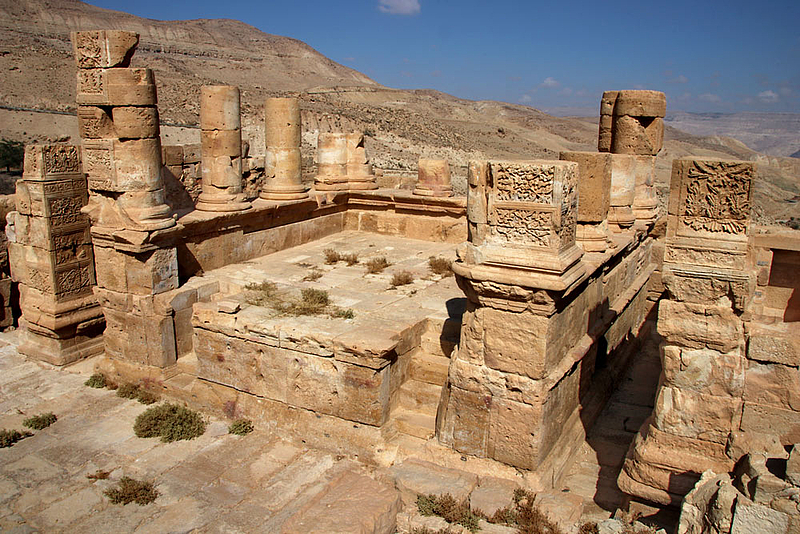 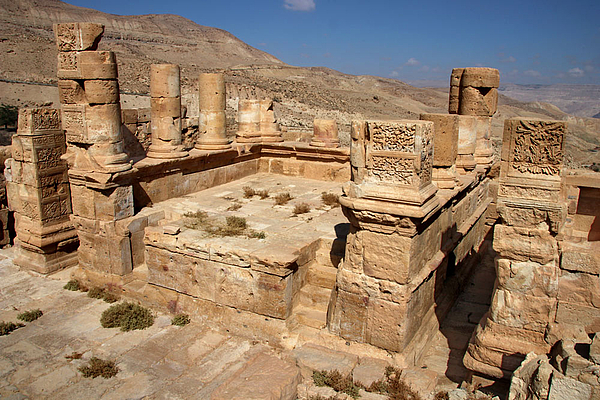 This columned podium (7 x 7 m, height 1.40 m) is accessed through two narrow stairways in the front. In the central slab of its pavement is a rectangular hole flanked by two small circular ones. Beneath the slab, a stone basin was found. The excavators interpret this as a system for sticking a betyl, and collecting the offering liquid after the ritual libations. It is not clear if this would have been wine, oil, or even blood. In a later phase, further two betyl holes were added in diagonal, which indicates a cult of a triad of gods.

A narrow U-shaped corridor surrounds the podium on three sides to circumambulate it in ritual processions.