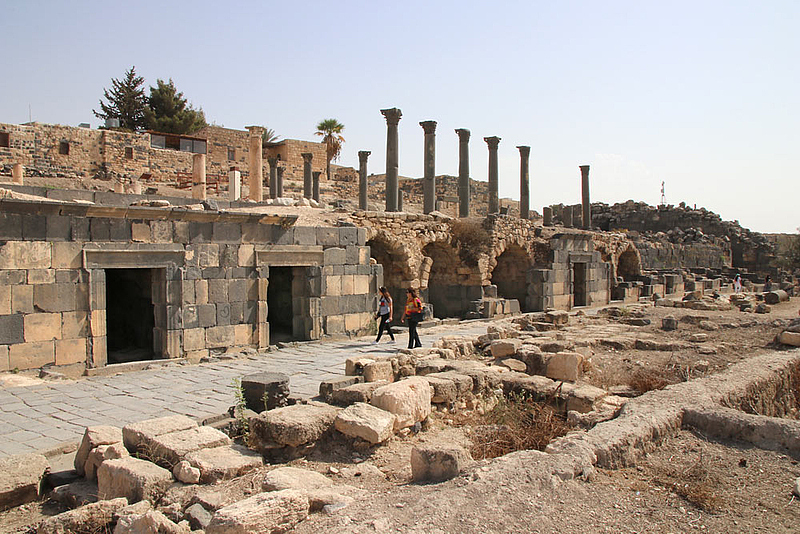 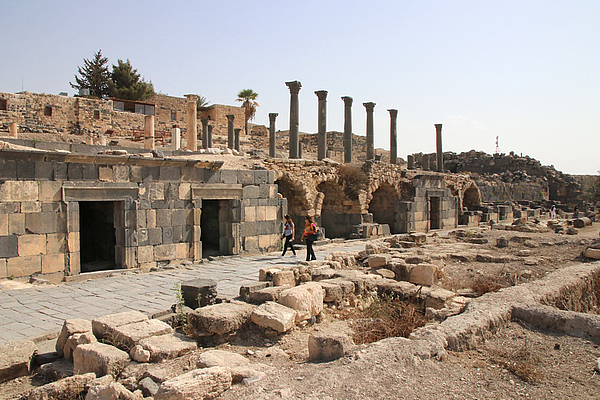 On a short north-south transverse axis west of the Acropolis, an approx. 37 m wide and 99 m long platform was erected during the Roman Empire. It is supported by barrel vaults in which there were 17 shops in a row, ending at the western theatre.

In Roman times, a representative market basilica stood on the terrace, whose area was later converted into a three-aisled ecclesiastical basilica with a central building and a portico during the Byzantine period.

The terrace arrangement of sacral buildings, theatre, shops and thermal baths finds a parallel in the so-called Civic Center of Pella / Tabaqat Fahil. Further examples in Philadelphia / Amman, Kapitolias / Bait Ras and Gerasa prove such terraced areas to be characteristic of the urban planning East of the Jordan. (Weber, p. 40)