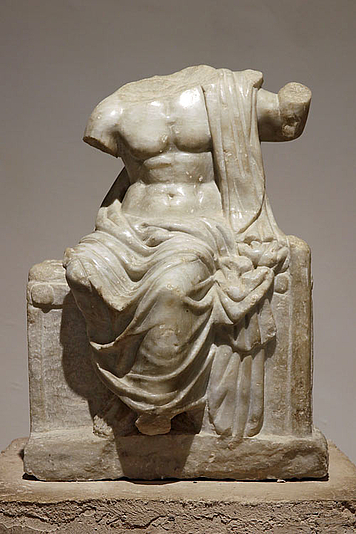 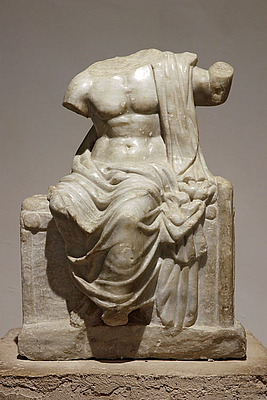 Possibly an Alexandrian work from the early 3rd century AD based on a Hellenistic model from the late 4th century BC.
White to light grey, fine crystalline marble. H 52,2 cm

Iconographically the statue goes back to an only numismatically available image from the late 4th century B.C., which is connected with the Olympic Zeus. This early Hellenistic Zeus statue is characterized by the cult name "Nikephoros" (bringer of victory) due to the attribute held in the raised right hand. Local coins from the Antonian period show that statues of Zeus Nikephoros were placed in the temples of Gadara.

Found in 1973 in the southwestern section of the sanctuary on the north terrace.