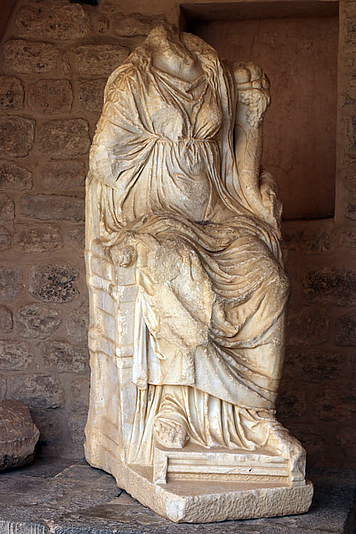 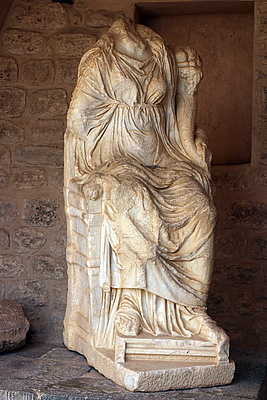 Discovered in the 1960s during excavations by the Jordanian Administration of Antiquities in the orchestra of the west theater, where the marble sculpture was probably placed between the seats of honour in the first row.

The female figure sits on a high throne with a backrest and two armrests at the ends of which are small lion heads. She holds a cornucopia, her attribute as goddess of happiness, destiny, coincidence and chance.