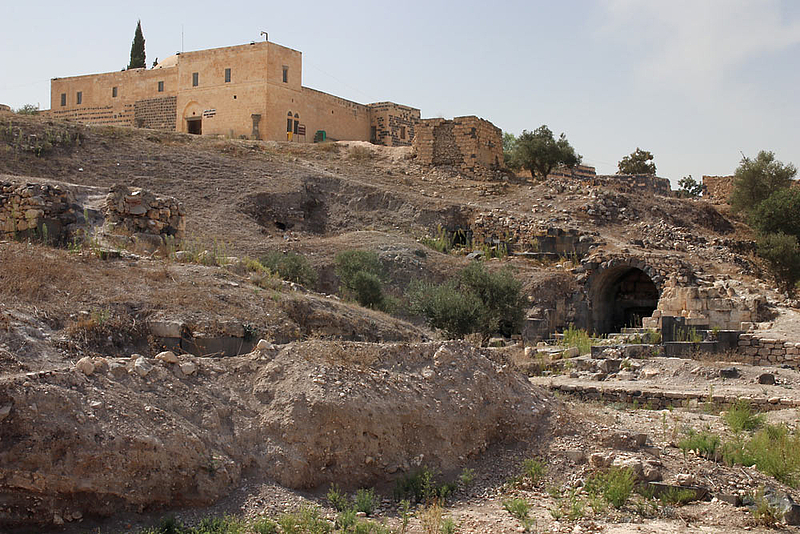 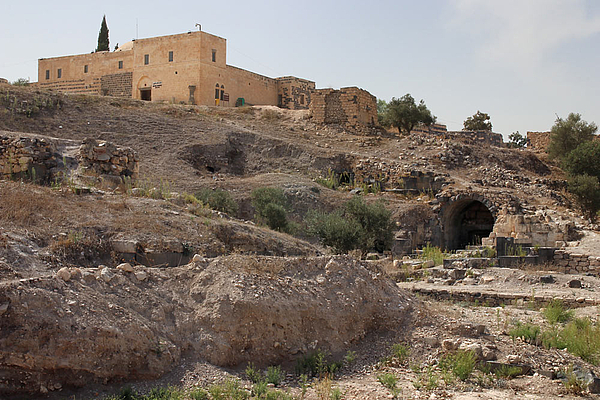 On the highest point of the Acropolis stands the Bait Rusan, which today houses the Umm Qais Antiquity Museum - more information on the next page and in the special presentation.

Below you can see the remains of the north theater, which was constructed between the late 1st century BC and the 1st century AD. Its approx. 85 m wide cavea (semicircular auditorium) was built into the north-eastern slope of the limestone rock.

The theatre seems to have been destroyed by earthquakes and used as a quarry during the construction of the late Ottoman village at the end of the 19th century.