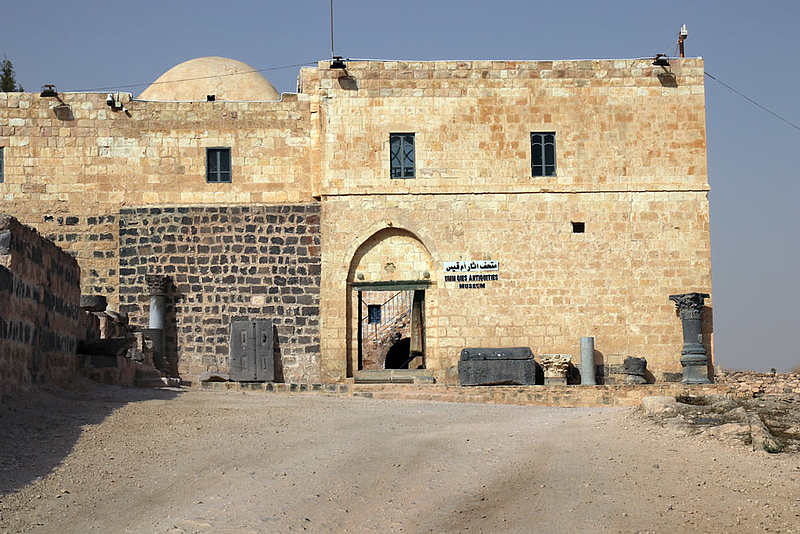 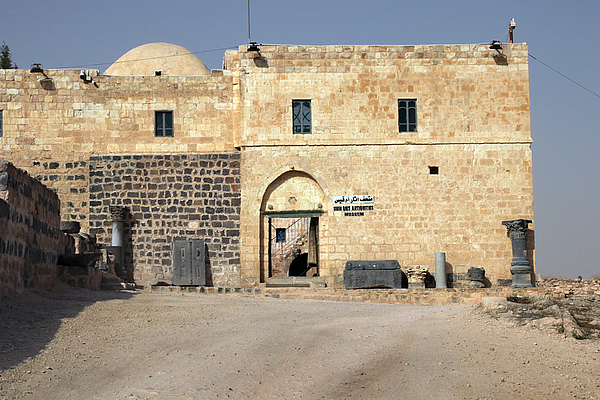 Entrance to the Museum

The Umm Qais Antiquity Museum is housed in the Bait Rusan, built for the Kaymaqam (highest official of a county) of the late Ottoman period. The only two-storey courtyard house stands on the highest point of the village at its northeastern corner and dominates the historical silhouette with its dome.

When the inhabitants of the part of Umm Qais locally called "hara foqa" (upper quarter) had to vacate their houses around the mid-1980s, the Rusan family also left their property (more on this in the introduction). Immediately afterwards began the reconstruction and adaptation as a museum, conceived by the Jordanian architect Ammar Khammash and largely financed from German sources. Further information can be found on the following pages.