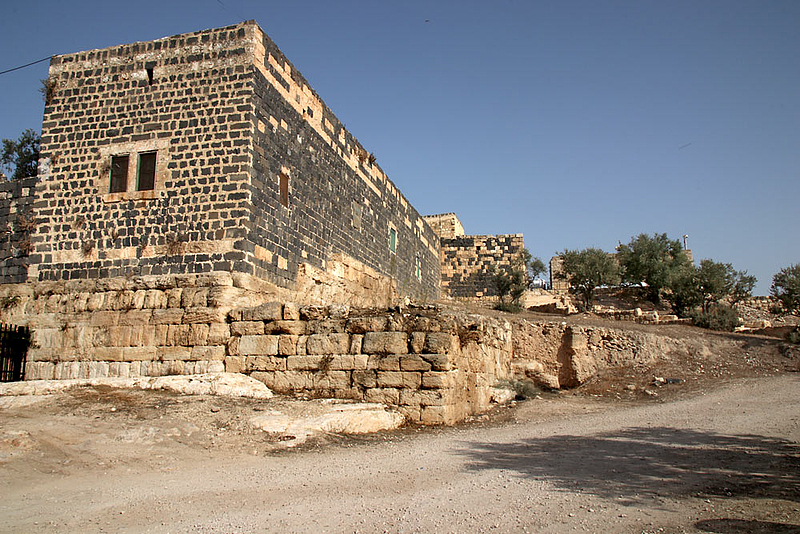 Built on the remains of a large tower at the southeastern corner of the ancient city wall, possibly from the Ptolemaic period (around 300 to 200 BC).

It is one of the largest courtyard houses and is used by the German Evangelical Institute for Classical Studies of the Holy Land (DIE) as an excavation house for the Gadara Region Project.