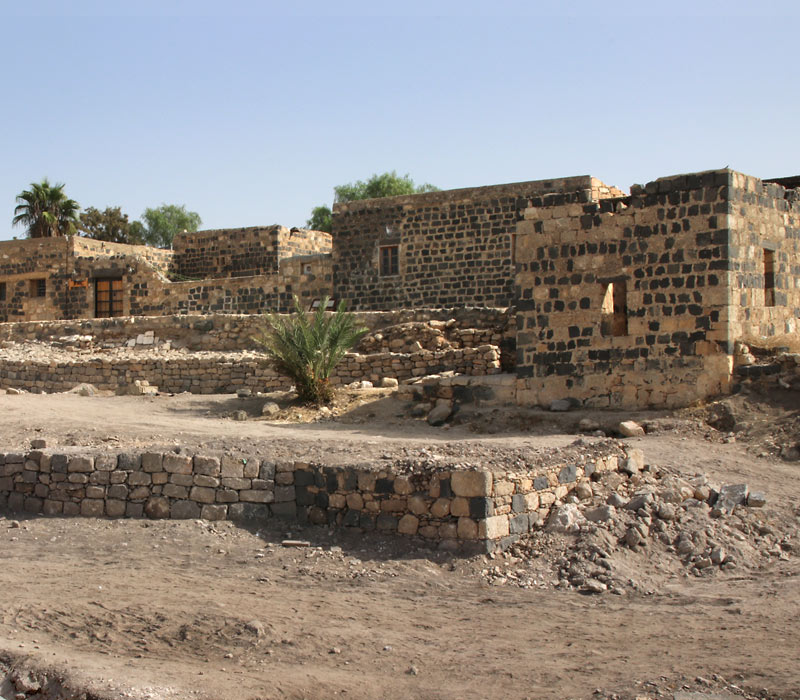 The area around the limestone outcrop on which Gadara originated seems to have been continuously occupied even after the end of the ancient metropolis, but probably only by a few nomadic families, who lived there sporadically. When the Ottoman Land Code of 1858 came into force, the farmland and pastures used by the clans had to be registered because they would otherwise have fallen to the state. For this reason more families settled permanently in Umm Qais in order to preserve and secure their land rights.

As of the 1890s, a new village was built on the ruins of the ancient upper town (Acropolis). The foundations of the old city walls and buildings were used for this purpose, which is why the village does not have the loose structure of Arab peasant settlements, but the old urban grid instead. The characteristic black and white appearance results from the reuse of basalt and limestone spolia.

The different types of buildings reflect the social rank of the inhabitants. The upper part of the rocky hill was mainly reserved for the large farmsteads of the Mellakin (landowners), while the small houses of the Fellahin (landless tenants, day labourers) stand on the western and northern slopes.

Resettlement of the residents

In 1974, the government confirmed the Antiquities Administration's proposal to purchase all the land on the hill and to relocate the approximately 1500 inhabitants so that the archaeological site beneath the Late Ottoman village could be excavated and preserved. Until the mid-1980s, with a heavy heart the families left their village called "hara foqa" (upper quarter.) "Only then was the significance of a completely preserved ensemble of Ottoman buildings recognised, and efforts were made to preserve the village after all as well." (Kerner, p. 125) 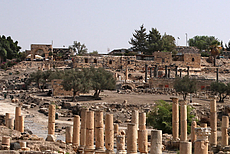 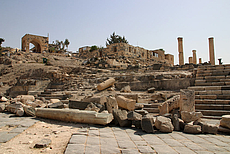 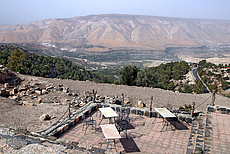 View from the restaurant 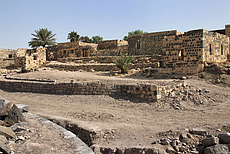 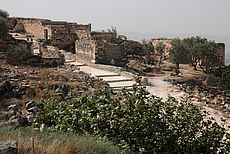 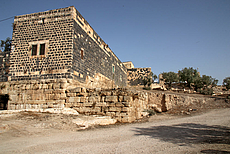 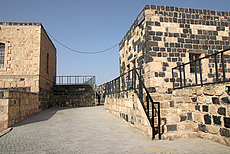 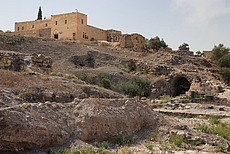 Sites in this chapter 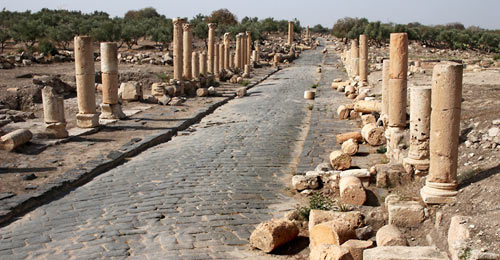 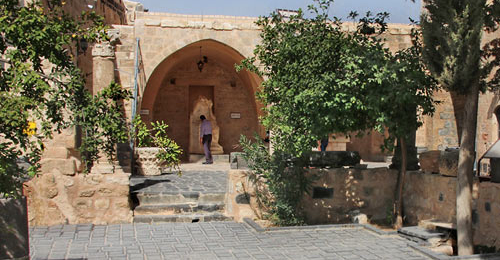 Parts of older buildings that were reused in newer buildings, e.g. columns of ancient temples in Byzantine churches.