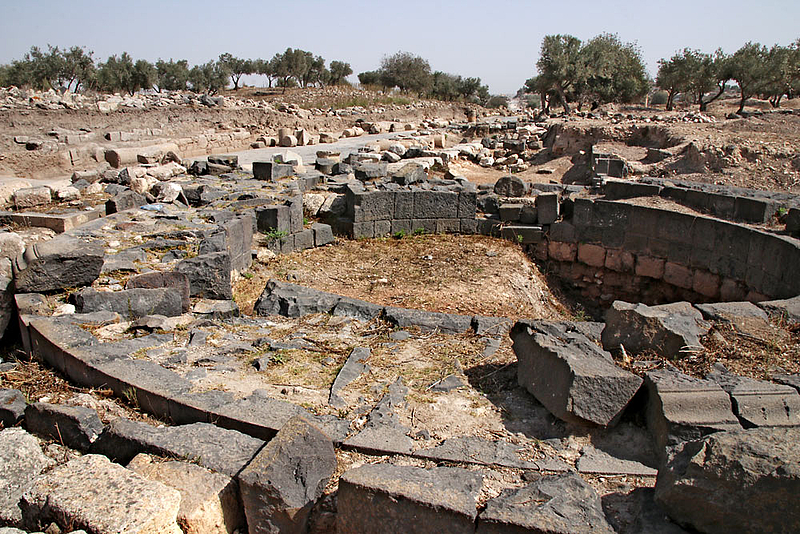 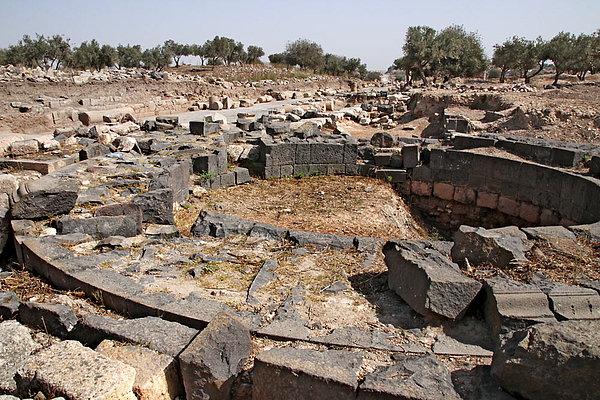 The monument was named "Tiberias gate" because it is located on the road to this city on the Sea of Galilee and has great similarities with the southern gate in Tiberias. These typological parallels in particular suggest that it was built in the Flavian period (69 - 96 AD).

As an isolated arch (5.20 m wide), the gate spanned the Decumanus Maximus about 150 m, west of the early imperial city wall, and marked a former city boundary in front of which the western necropolis spread out. "The flanking towers only symbolically stood for the city wall and were at best intended to signal the city's willingness to defend itself, while the main task (in addition to its conceivable function as a customs station?) is above all to be seen in the representative value of the gate. " (Adolf Hoffmann, p. 114)

Only the foundation's section of the north and the base of the south tower with a part of the avant-corps have survived. The complex was systematically dismantled in Byzantine times. A large part of the building material, especially the curved wall blocks of the round towers, are bricked up in the supporting walls of the neighbouring crypt, which precedes the older hypogeum.

In the 4th century AD the mortar floor of the south tower (inner diameter 7.10 m) was knocked out and the southern part of the interior was excavated more than 5 m deep down to the rock. During this time, clay pipe systems were driven from the east and northwest through the limestone part of the foundation. Remains of lead water pipes were found in the northern and southern masonry, as well as in the courtyard east of the building. These installations indicate that in Byzantine times the circular base was transformed into a well. Large quantities of cattle bones and pottery found inside prove that it was used as a garbage dump until at least the Mamluk period.