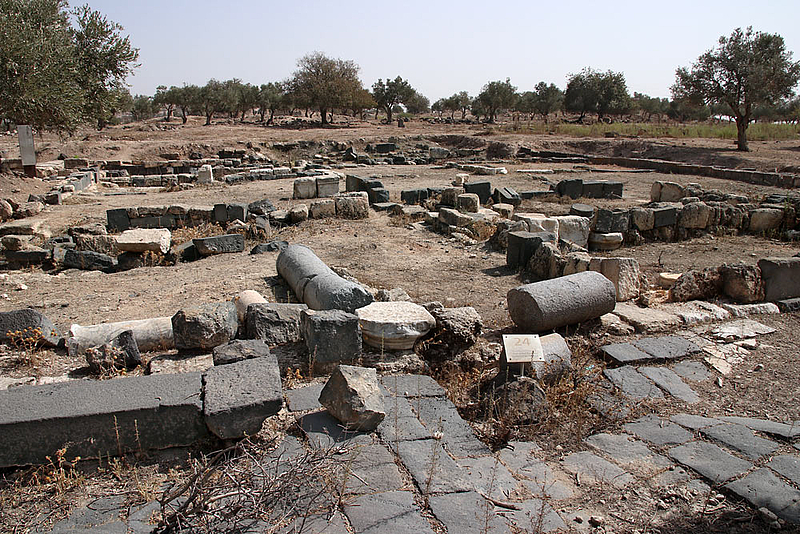 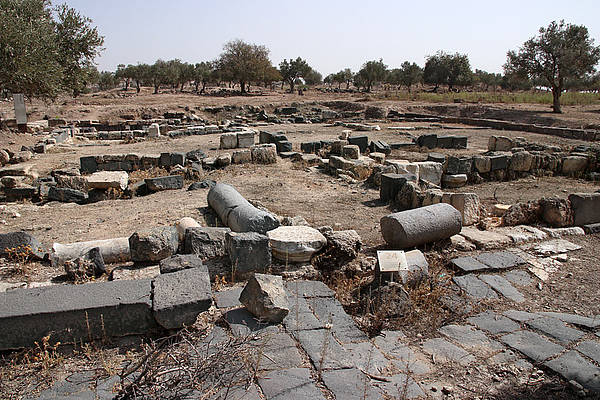 The basilica with its large atrium (52 m long in total) was built in the 2nd half of the 4th century above the Roman hypogeum and the Byzantine crypt south of the Decumanus.

The almost square core with apse in the east (directly above the crypt) was divided into five naves by rows of columns and pilasters. The church was entered mainly through the courtyard in the west, surrounded by halls with Ionic columns. This porch was also square and wider than the basilica. In addition, there were smaller entrances to the northern and southern side aisles.

The floor of the church was paved with polychrome mosaics with geometric and vegetal patterns, in which figurative motifs were occasionally scattered. The central mosaic field covered the entire width of the central nave and half the area of the annexes to the north and south.

After the destruction by an earthquake (probably that of 749), the basilica was rebuilt in reduced spatial dimensions.

In the 9th or 10th century, but at the latest in the Crusader period (end of the 11th - 13th centuries), the Christian pilgrim church was converted into a mosque.