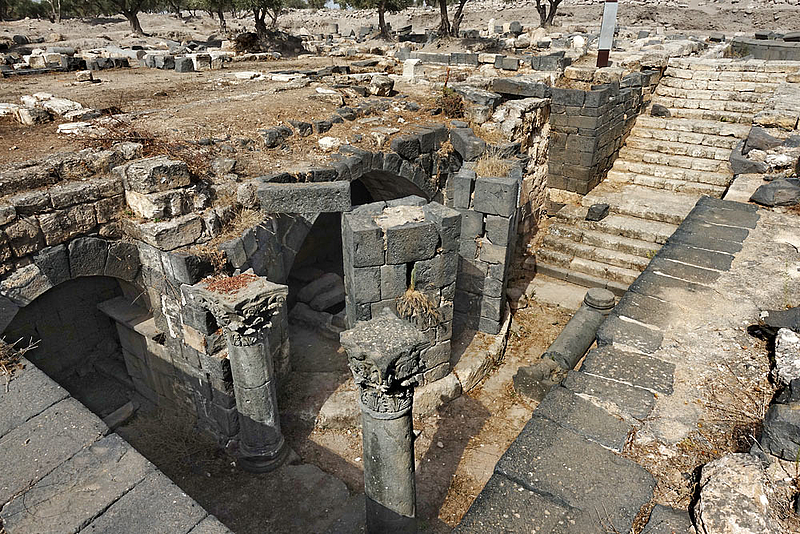 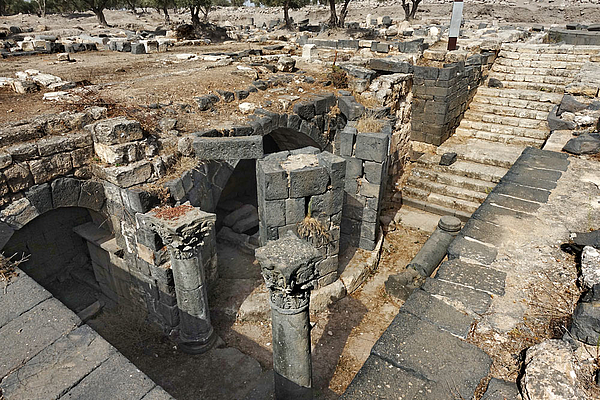 next
prev
another photo
View from east. In the center the today barred door to the hypogeum, in front of it in the ground the central holy tomb.
© Photo: Haupt & Binder

When in the early Roman Empire (1st or 2nd century AD) the western necropolis was located along the main road in front of the Tiberias gate, an elaborate hypogeum (underground tomb with vaults from pre-Christian times) was built deep into the ground. Although the necropolis was destroyed during the later expansion of the city to the west, this burial seems to have been respected by the Gadarenes as a kind of heroon (burial place of a hero), and therefore preserved.

In the 4th century the hypogeum was extended to the east by a crypt above a holy tomb. The identity of the buried person remains unclear. It is assumed that it could be one of the early bishops of the city, or perhaps the deacon Zachaios. The latter is revered as a martyr because he was tortured and executed in 303 AD during the Diocletian persecution of Christians. However, his corpse should have been transferred to his hometown. Above the hypogeum and the crypt a five-aisled basilica, the largest church of Gadara, was built. The staircase leading down to the crypt was added later.

For the construction of the church and the crypt, spolia (components of older buildings) from the Tiberias gate were used, which was probably severely damaged by earthquakes, such as the devastating one of 19 May 363 AD, and had lost importance for the population. Details on the construction on the following pages.

The burial structure was discovered by the Jordanian army during the so-called Six-Day War in 1967, excavated and temporarily used as a military hospital. In 1968/69, the Department of Antiquities of Jordan uncovered the crypt and consolidated collapsed wall sections. In 1987/88, new excavations were carried out under the direction of Thomas Maria Weber (see his detailed publication).

More information and photos: next page