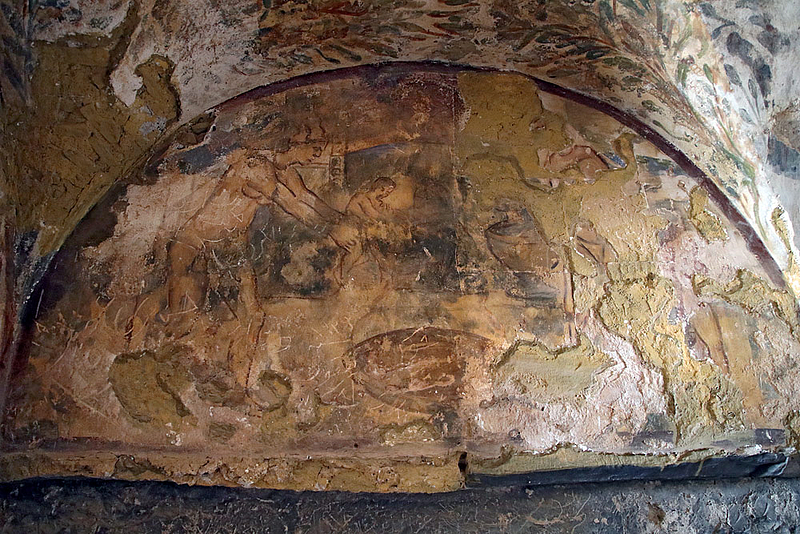 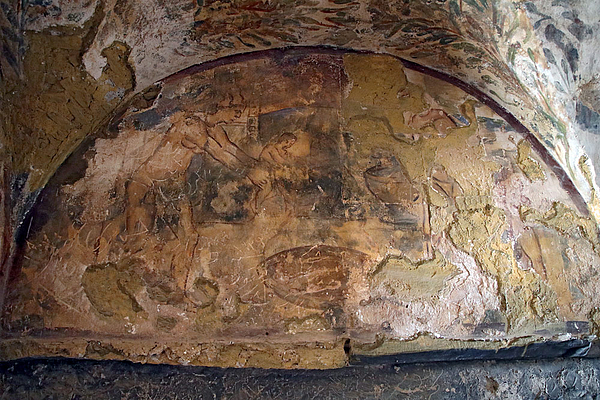 The eastern tympanum shows a nude woman leaning forward with arms outstretched holding a baby which she passes to another woman seated before a wash-basin. The scene has close parallels to the representation of "Child's birth" in antiquity, especially the bath associated with the divinely begotten infants such as Dionysus, Achilles and Alexander the Great.