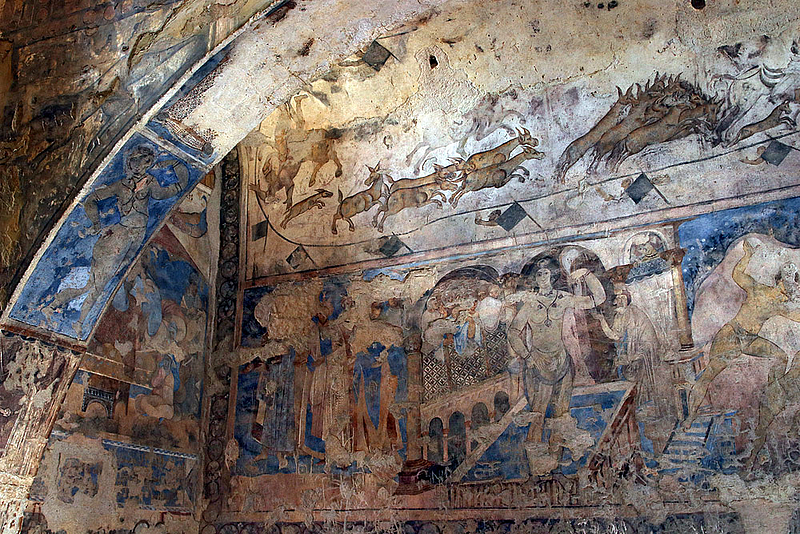 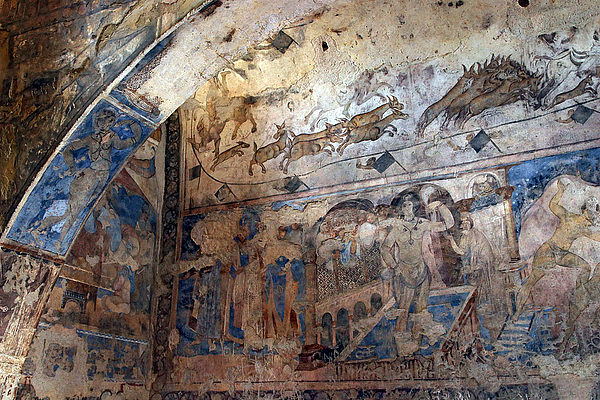 On the left of the bathing woman is a panel representing six kings, now very damaged. It used to show six kings arranged in two rows, so that the more important ones were in the first row and the lesser ones in the back. Greek and Arabic inscriptions designated four of the figures as Caesar (meaning the Byzantine emperor), Khosrow (the Sasanian king), Roderic (the last visigothic king) and the Negus (king of Abyssinia). Historical inference established the two others as the emperor of China and the khaqan (ruling prince) of the Turks.

Above, a part of the hunting scene.