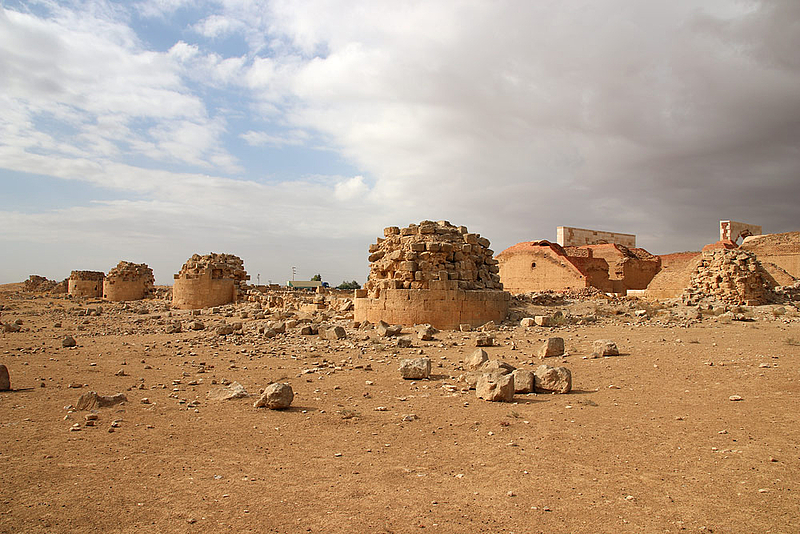 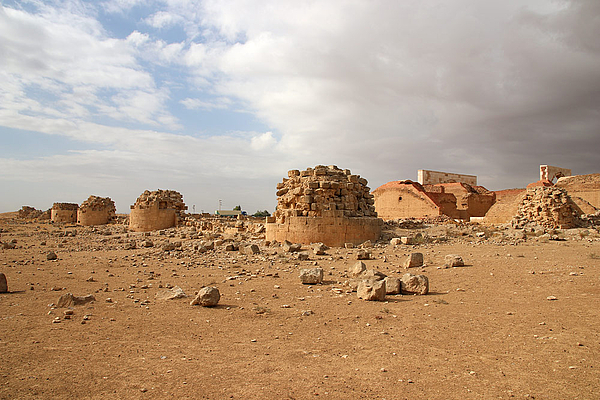 Qasr al-Mshatta is surrounded by a square enclosure wall of 144 m each side, including 25 semi-circular towers.

Foundation stones near the south perimeter wall indicate the layout of the buildings that were planned but never completed.