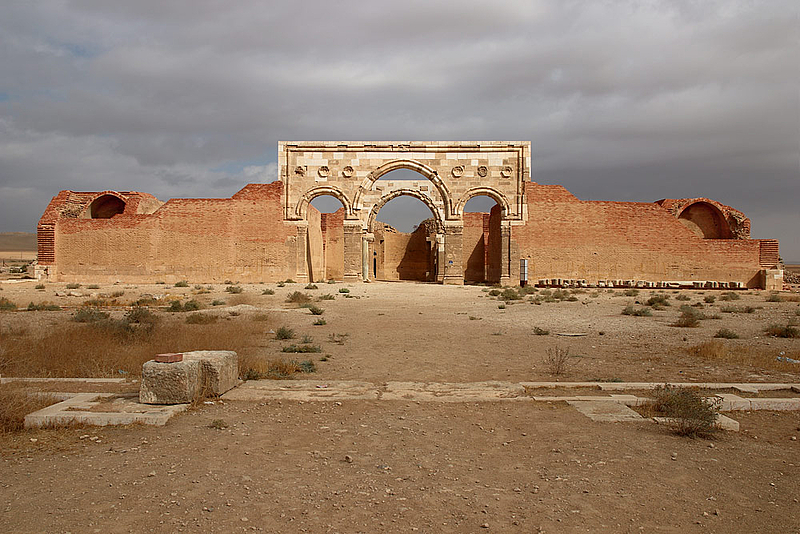 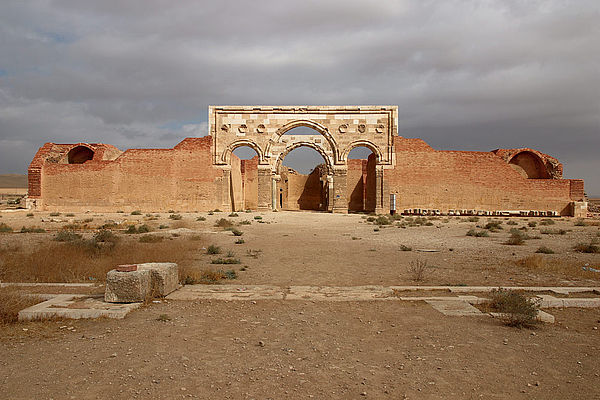 The palace has a clear representative axis. From the entrance gate the axis leads through a main courtyard to a basilica-shaped columned hall with a triple-arched facade, and then through a large central arch to the caliph's audience hall.