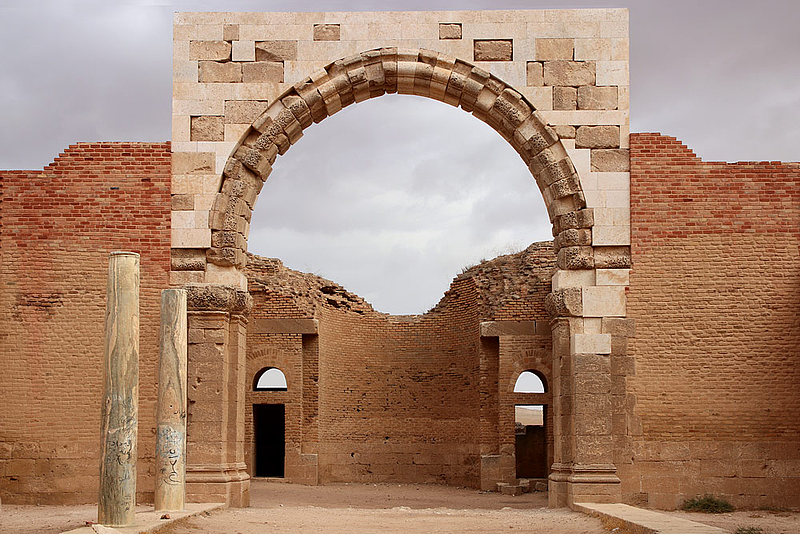 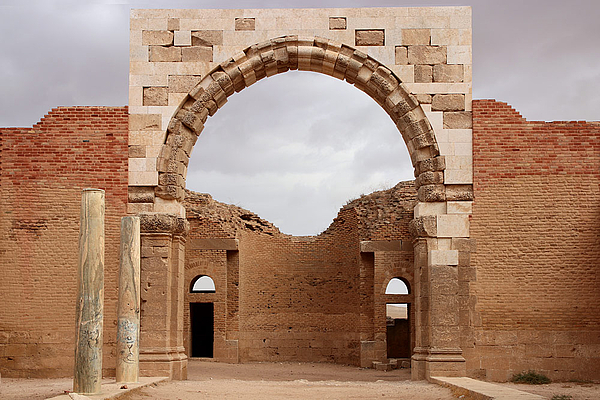 The spatious entrance hall is where the participants of an audience stood or sat, and festive events took place. Columns made of green stone separated the wide central nave from the two narrower side aisles. The floor was covered with mosaics, and the hall, decorated with statues.

The large central arch leads to the caliph's audience hall. This square throne room with three large semicircular apses was crowned by a brick dome.