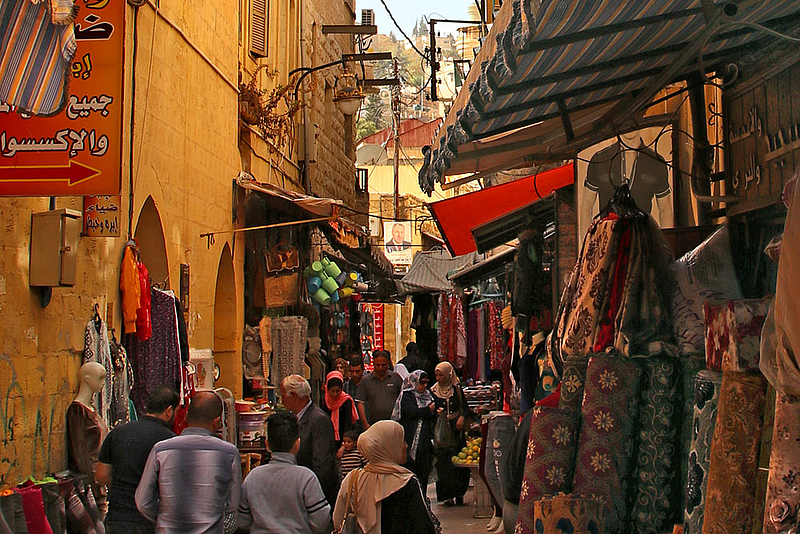 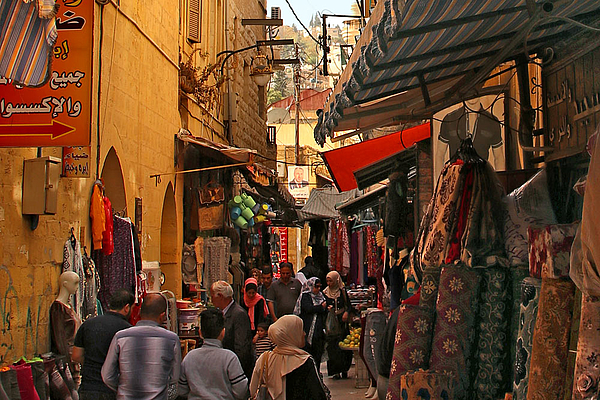 Main traditional market street in historic As-Salt: Local food and produce, clothing, household goods, traditional crafts. Established in the 1880s by merchands mainly coming from Nablus, it was named after and old bath that no longer exists (demolished in the 1930s) The street was originally used for cattle market at its lower end (Maydan Street) and vegetable market near the Sahet Al Ain (Plaza).

Map: Sites of this trail

Along the main market street lined with some fine examples of traditional buildings of yellow limestone, and countless shops, continuing further to reach the Archaeological Museum and Mouasher House.