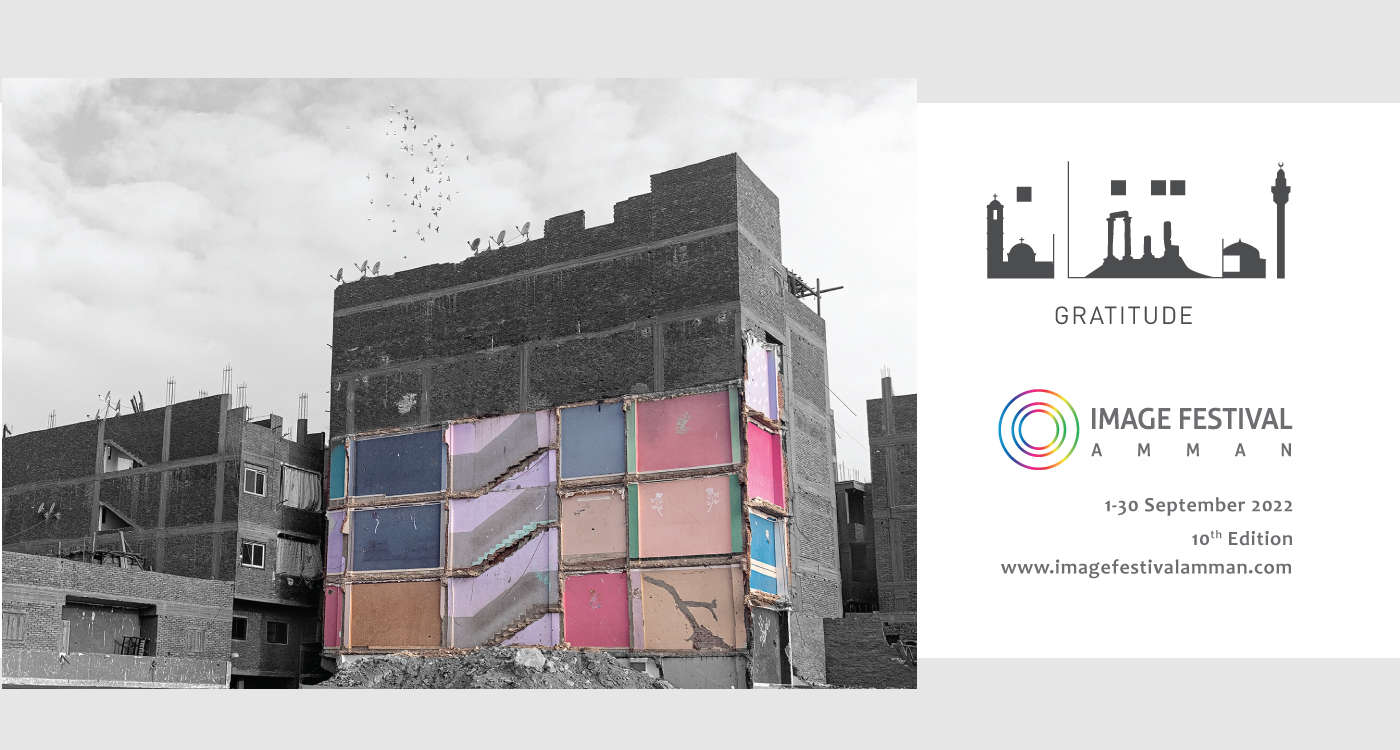 From 1 - 30 September 2022, under the theme "Gratitude" Darat Al Tasweer celebrates its 15th anniversary and the 10th edition of the Image Festival Amman together with its partners, artists, and audiences.

The Image Festival Amman, organized by Darat Al Tasweer, since 2011, in partnership with many local and international institutes in the Jordanian capital, aims to create a gathering platform for photographers in the region, attract a wider audience and create opportunities for sustainable cultural exchanges, involving both professional and amateur photographers. Altogether, more than 300 photographers from all over the world presented their work in the framework of the Festival, becoming an expected cultural event in the capital, known as well as the longest cultural event to take place in Amman and the region that associates a great number of partners and artists.

After the first Festival in 2011, a theme to guide every edition is proposed: [ Re ] evolution in 2012, Macro & Me in 2013. Together in 2014, Future in 2016, Identity in 2017, Home in 2018, and Wandering in 2019. The 9th edition in 2020 the festival had to be cancellled due to the pandemic lockdowns, but the organizers managed to launch it in September 2021 under the theme Filastine with 38 exhibitions for photographers from all over the world. In addition to the many exhibitions related to the theme, the Festival offers workshops/meetings with guest photographers, portfolio reading by professionals, residential programs, publications and a photography competition.

What makes this year of the Image Festival Amman feel more special is the opening exhibition and the lineup of participating artists from all over the world, starting with the 65th edition of the World Press Photo awards, and including 21 group and solo photography exhibitions distributed over 15 cultural locations in Jordan. Moreover, this edition brings to audiences and young photographers a series of hands-on workshops, crash courses, artist talks and portfolio review sessions, with a number of photography specialists sharing their experiences.