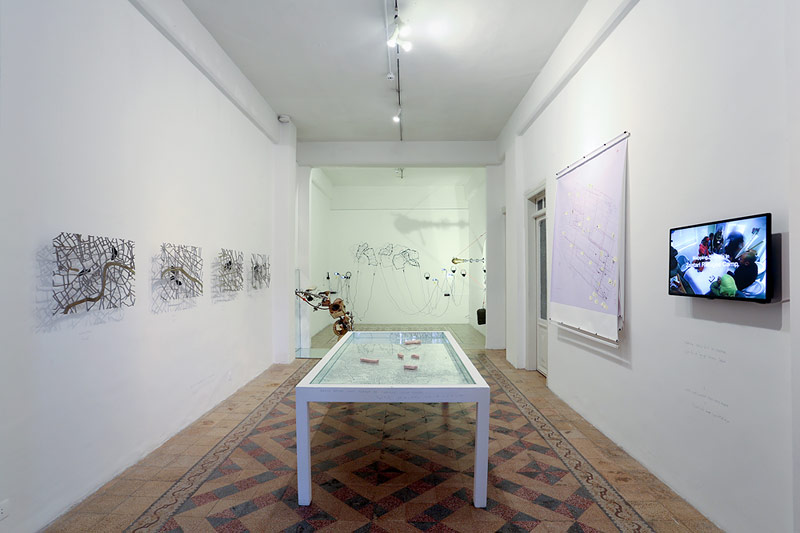 Truth is black, write over it with a mirage’s light - 1

Thirty years ago Suha Shoman and supporters launched an initiative in support of contemporary artists from Jordan and the Arab world, laying the foundation for what would become Darat al Funun, a ‘home for the arts’. It became a meeting place for artists, a hub for artistic practices, experimentation, and critical discourse, and an oasis for researchers and fellows, in the midst of the turmoil surrounding us. Artists, performers, architects, designers, archaeologists, researchers, poets, writers, musicians, and filmmakers believed in a common vision.

For its anniversary, Darat al Funun invited artists of all disciplines to pause and reflect, to re-imagine our world, and to reinvent their narrative, following the challenge set by Mahmoud Darwish in his poem ‘To A Young Poet’:
Truth is black, write over it
with a mirage’s light

Over one hundred artists answered the call. In three phased exhibitions planned for 2018, established artists side by side with emerging artists will be featured, together forming a constellation of new narratives and interrogations.

The exhibitions will be accompanied by a full program of artist talks and performances, films from our archive selected by artists, a cultural production seminar and an archival exhibition curated by the Darat al Funun fellows, curators in conversation, workshops, performances, and more.