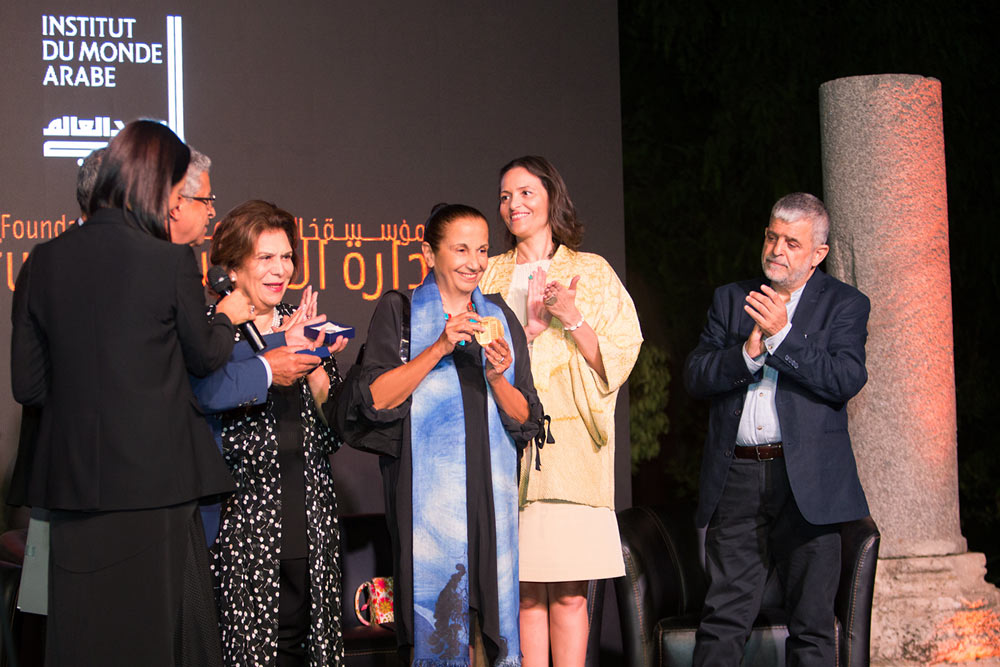 La Chaire de l'IMA was established by the Institut du Monde Arabe in Paris in 1991. After a hiatus, it resumed its activities in 2017 with a series of initiatives that aim to develop cultural programmes focused on the Arab world. This year, it is honouring creative Arab women researchers, thinkers and cultural practitioners. Suha Shoman received the award in a session named after Palestinian poet Fadwa Tuqan. 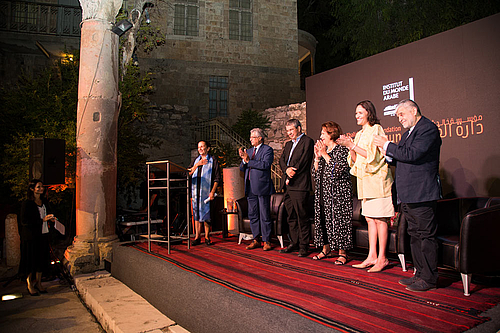 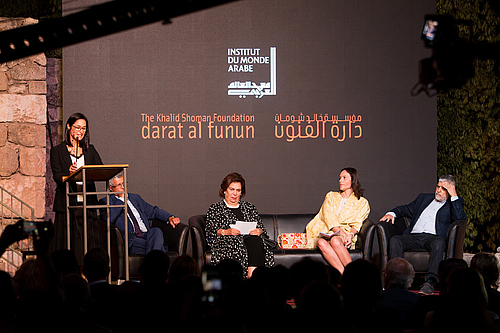 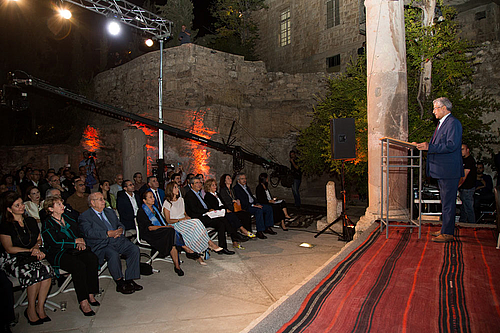 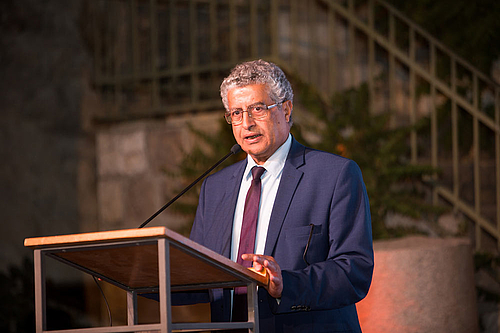 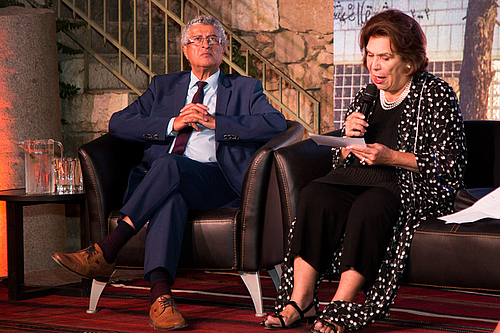 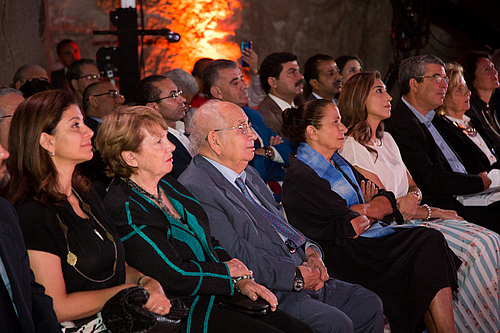 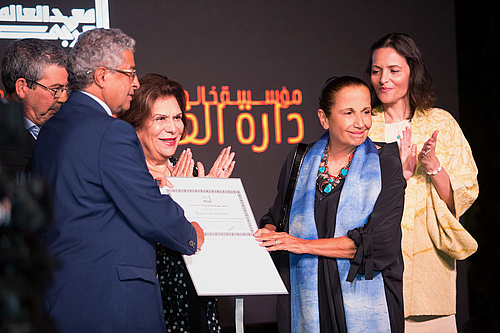 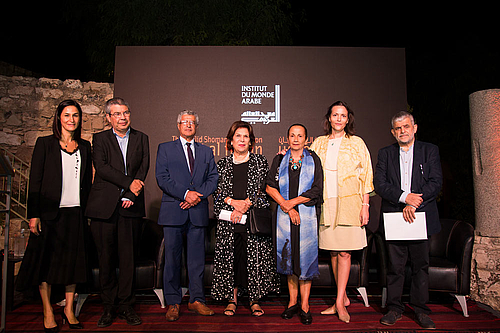 A platform and oasis of calm for local and Arab artists — the latter, as the history of this region would have it, often having to flee strife in their countries — an environment where conversations and artistic exchanges take place, where critical discourse is stimulated and where Arab art may be researched, documented and archived, restored sites that perfectly reflect the history of the area .... many are the descriptions that could do it justice, yet Darat Al Funun, "home for the arts", was naturally the simplest and best designation for this mecca for beginner and established artists.

For 30 years, since 1988, this private art centre has been encouraging, supporting, pushing the boundaries of artistic creation in Jordan and beyond with, perhaps, one main goal in mind: to leave an artistic legacy for the future, just as the site and buildings that make up this spectacular repository for art are a heritage of the history of this place at the crossroads of civilisations, that has been a constant safe haven for all who needed it.

But Darat Al Funun - Khalid Shoman Foundation, Amman, inaugurated in 1993, did not just "happen". It is the creation of a woman of vision and passion, an artist herself, who believes art, as a means of expression, is intrinsically connected with socio-cultural-political realities and should have a purpose.

Suha Shoman, Jerusalem-born, Amman-based artist whose widely exhibited work — painting and video installation — explores issues of memory, exile, identity and politics through a personal lens that reflects collective experiences, with degrees in law from Beirut and Paris, studied at the Institute of Fine Arts established by Fahrelnissa Zeid in Amman.

Her decades of dedication to art, to raising the bar and selflessly providing the wealth of talent in the Arab world with a much-needed platform to work, exchange ideas and exhibit, did not go unnoticed. On September 21, Shoman was awarded the "Prix de la Chaire" of the Arab World Institute for her creative achievements, cultural activities and for founding and chairing Darat Al Funun.

It was an occasion for this patron of art to thank "everybody who made this possible" and pay a touching tribute to the husband who supported her totally, to her teacher, friend and mentor Zeid, and to artists and collaborators in every field.

It was an occasion, as well, to remind of the 30 years of serious presence in the art scene, a milestone recently celebrated, and that should "inspire a new beginning" and provide the "continuity" this artist has been constantly seeking.

"La Chaire de l'IMA" was established by the Arab World Institute in Paris in 1991. After a 20-year hiatus, it resumed its activities in 2017 with a series of initiatives that aim to develop cultural programmes focused on the Arab world. This year, it is honouring creative Arab women researchers, thinkers and cultural practitioners. Shoman received the award in a session named after Palestinian poet Fadwa Tuqan.

It is much-deserved recognition of an artist's long and arduous walk towards helping Arab art get acknowledged and appreciated, of her work to preserve the past and leave a bright legacy for the future and of her striving to have the local community feel it has a stake in helping her endeavours.

As she said in a recent interview, "Darat al Funun symbolises who we are and where we are going. It tells our history. We have the Roman and Byzantine antiquities reflecting ancient times, buildings from the time of political independence, and today, we are a home for contemporary art."

"Darat al Funun has always been an artist-driven project. I am an artist, and I wanted to create a collective: A community where artists can meet each other, to have both practice and theory in one place. From 1988 onward, the vision has been the same. We are an oasis of research, of production, of dialogue; we have had a programme of residencies since 1995, and now a 30-year archive."

This pioneering institution in the region with a forward-looking artist at the helm deserves all appreciation; it is a much-needed symbol of permanence and nurturer of a noble pursuit: art.

© Text: Ica Wahbeh
With kind permission of the author.
First published in The Jordan Times, 25 September 2019 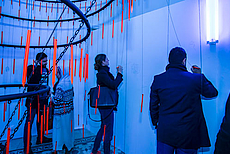