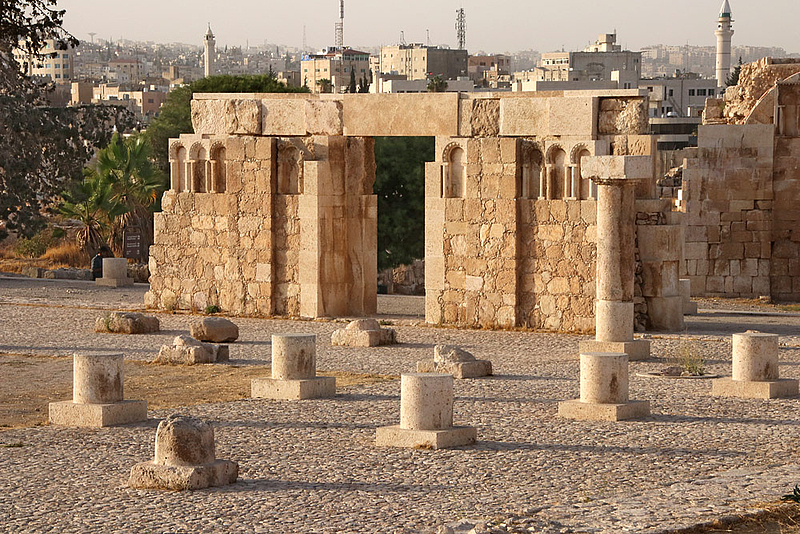 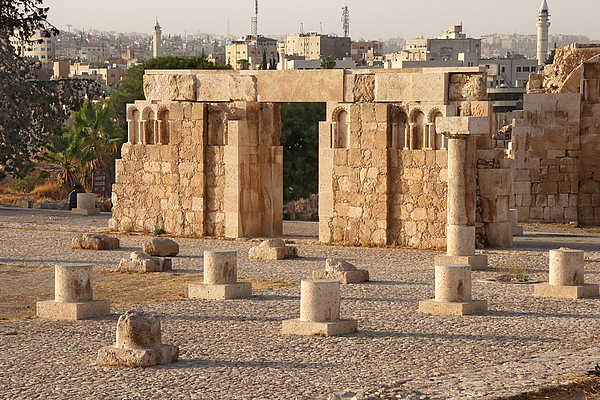 Ca. 730 AD
Located at the highest point of the Citadel, the mosque lies to the south of the Umayyad palace. It sits on a raised platform with seven rows of six columns around a central courtyard. An unusual feature is the evidence of vaulted roofs, which appear to have covered the intersecting arcades. In the center of the qiblah wall is a concave niche (the Mihrab) within a rectangular frame which projects beyond the south wall.