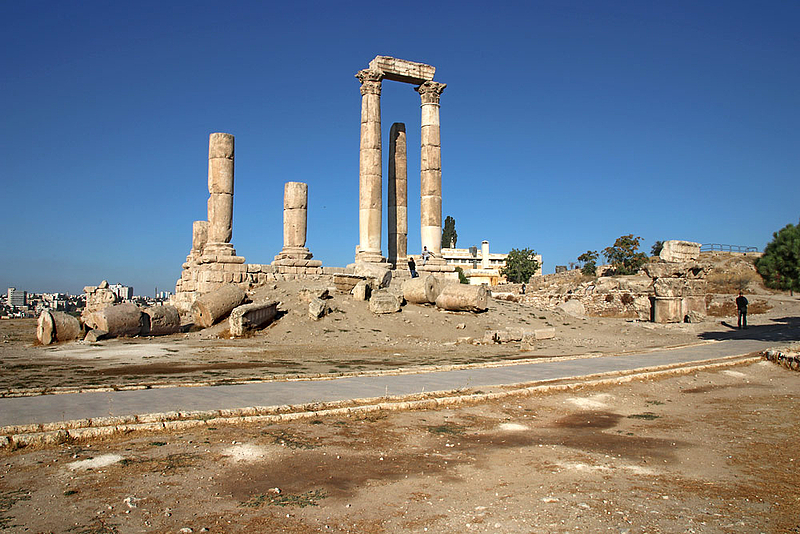 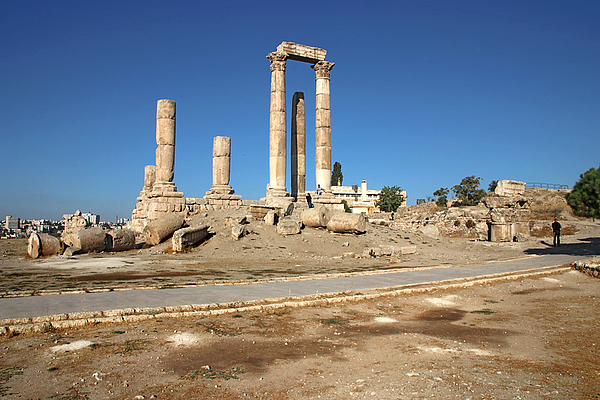 161-166 AD
This great temple was dedicated to a supreme Roman deity. It has been attributed to Hercules due to the discovery of gigantic fragments of a marble statue. Hercules was the son of Zeus and a mortal woman (Alcemene) and was known for his supernatural physical strength. Also, Hercules is depicted on Roman coins minted in the city, which was called Philadelphia at the time.

The temple stands within an immense temenos (sacred precinct) that is surrounded by porticos. It was positioned on a large purpose-built stone podium and was meant to be seen from the lower city. It is thought that it was built on top of an earlier temple associated with the Ammonite god Milkom.

According to an inscription that was at the top of its facade, the temple of Hercules was built when Geminius Marcianos was governor of Provincia Arabia in dedication to the co-emperors of Rome, Marcus Aurelius and Lucius Verus.