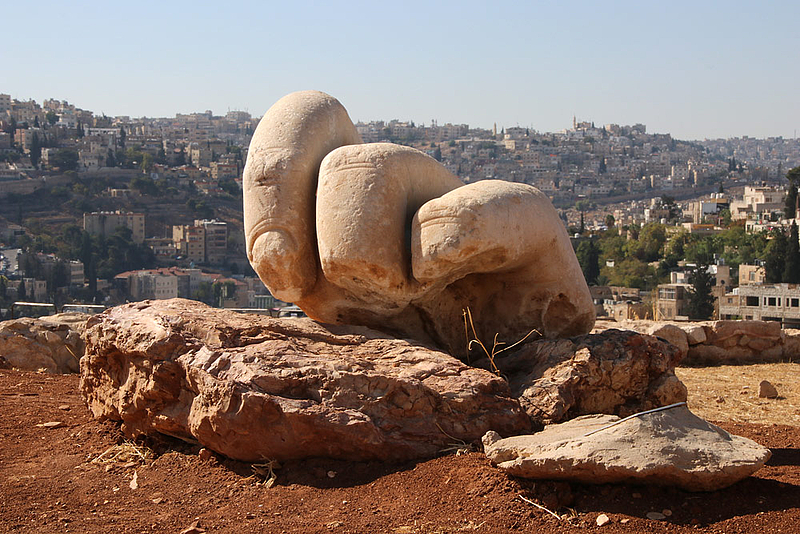 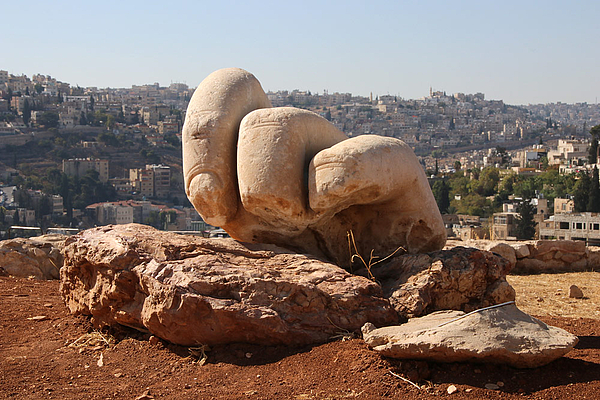 A hand and elbow fragments belonging to a colossal statue from the Roman period were found near the temple.The statue is estimated to have stood over 13 meters high, making it one of the largest statues from Greco-Roman times. Due to the massiveness of the statue, the temple was attributed to Hercules who was renowned for his physical strength.