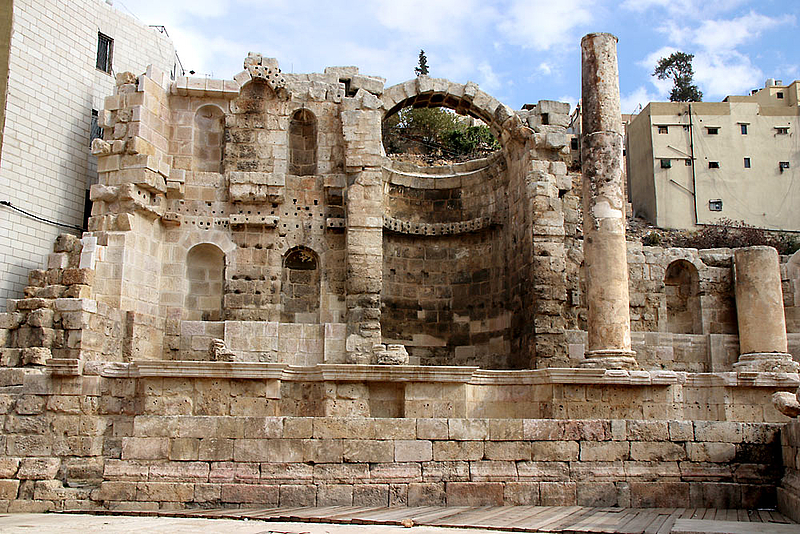 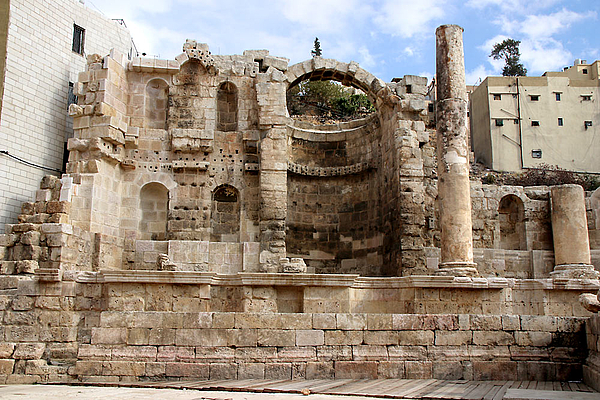 The second floor consisted of three large apses with two rows of niches designed to host statues. The height of the apses is around 12 m in front of which stood large Corinthian columns. The apses were terminated in semi-domes, which probably collapsed in one of the earthquakes of the 7th cent AD.

Main public fountain of old Roman Philadelphia (Amman) from the end of the 2nd cent. AD, a short distance away from the Roman Theater.